In the early days of blogging here at LBPH, we occasionally posted about the reading tastes of the staff. Think of it as an informal staff feature. Well, since those days a lot of new people have started working at your library! So, in the spirit of having a glimpse into the reading habits and proclivities of some of your library staff, here is a list of staff favorites from some of our Reader Advisors! 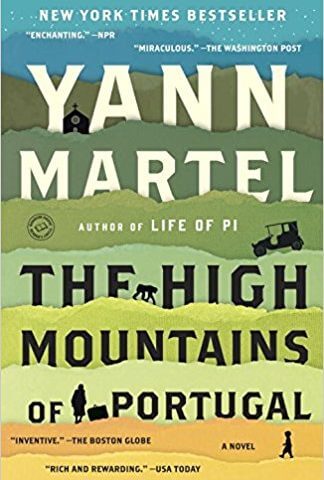 High Mountains of Portugal
by Yann Martel
DB 83872
In 1904 Lisbon, Tomas begins a search for an artifact that might redefine history. Thirty-five years later, an Agatha Christie devotee must deal with the consequences of Tomas’s quest. Fifty years after that, a Canadian senator returns home to Portugal, dealing with his wife’s death.  Unrated. Commercial audiobook. 2016.

I Capture the Castle
By Dodie Smith
DB 47004
Aspiring author Cassandra Mortmain, seventeen, tells how she, her sister Rose–nearly twenty-one, their eccentric author-father, and their stepmother, Topaz, survive life in a crumbling fifteenth-century English castle.  When Simon and Neil Cotton inherit the estate, both Cassandra and Rose plot marriages, amid hilarious confusion.  1948.

World War Z
By Max Brooks
DB 65111
Author of “The Zombie Survival Guide” (RC 64675) records firsthand interviews with survivors of humanity’s devastating clash with the undead. Personal accounts from all over the world reveal the scope of the conflict, from the first zombie outbreak to the aftermath of war. Strong language and some violence. 2006.

Mother Night
By Kurt Vonnegut
DBC8156
Mother Night is a daring challenge to our moral sense. American Howard W. Campbell, Jr., a spy during World War II, is now on trial in Israel as a Nazi war criminal. But is he really guilty In this brilliant book rife with true gallows humor, Vonnegut turns black and white into a chilling shade of gray with a verdict that will haunt us all. Contains some descriptions of sex, some strong language, and some violence.  1966.

Bridge on the Drinda
By Ivo Andric
DB 14216
Novel first published in Serbo-Croat in 1945. Chronicles the history and destruction of an ancient bridge built by the Turks near the mountainous Yugoslavian town of Visegrad. The author was awarded the Nobel Prize for Literature in 1961. 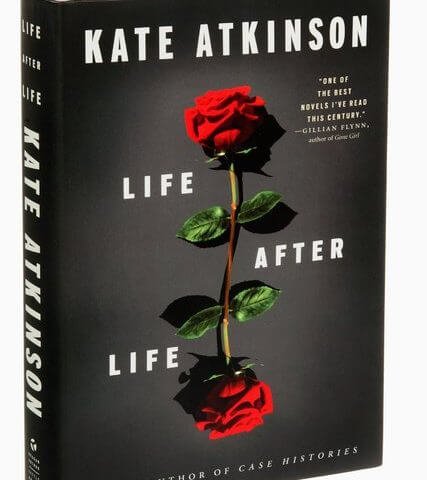 Life After Life
By Kate Atkinson
DB 76417
England, 1910. Ursula Todd’s first life ends before it even begins. But she is born again–and again and again. Growing to various ages, only to start over, Ursula finally realizes the power her reincarnation provides: a chance to change history. Some strong language and some explicit descriptions of sex. Bestseller. 2013.

Ready Player One
By Ernest Cline
DB 73772
The year is 2045. Multi-billionaire James Halliday dies, leaving his last will and testament online for the world to see. His massively multiplayer online game OASIS has a hidden feature–an Easter egg–and the person who finds the egg first wins Halliday’s fortune. Some strong language. Bestseller. 2011.