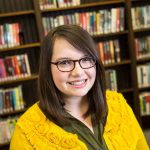 Ever since reading the conclusion of the Deathly Hallows, the world of Harry Potter lovers has been yearning to know more about Harry Potter’s life after Hogwarts. The epilogue gave us a taste of what was to come for Harry and his friends, but we wanted more–we needed more. Nine years and ten days later (3298 days for anyone who counted), we finally got what we were waiting for. Harry Potter and the Cursed Child finds Harry nineteen years older than when we left him at the end of the Deathly Hallows–married to Ginny Weasley, with a job at the Ministry, and three children of his own. One thing that hasn’t changed, is his undying friendship with Ron and Hermione. The plot follows, not Harry, Hermione, and Ron, but the adventures and (many) mishaps of Harry’s youngest son, Albus and his best friend Scorpius Malfoy (I know, right?). We find Albus to be a troubled teen wizard in his third year, much like Harry was in his fifth (anyone remember moody Harry in the Order of the Phoenix?). Much like the original tales, the characters find that, in the end, they can only triumph when they work together and that no matter how alone they feel, they always have their friends and their family.

While there are some obvious flaws in the narrative—the lack of dimension afforded to the female characters for one—remember that this is, 1.) a script for a play—which often does not offer readers truly formed characters like a novel—and 2.) not J.K. Rowling’s work. The author, Jack Thorne, did a fantastic job at writing a play about our favorite wizards and witches, doing J.K. Rowling’s characters and story line justice, and most importantly, giving us a glimpse into Harry’s life for which we’ve been waiting.

Harry Potter and the Cursed Child

Harry Potter and the Cursed Child is a play written by Jack Thorne and based on J.K. Rowling’s Harry Potter series. The story takes place 19 years after the Battle of Hogwarts and is centered around Harry’s youngest son  Albus. The play premiered in London’s West End on July 30, 2016, directed by John Tiffany, and is the first Harry Potter story to be performed on stage.