May is traditionally wedding month, so it follows that May is also a month for anniversaries. 2016 is the anniversary year for many things historical and many events in popular culture. Taking stock of the anniversary years for 2016, one cannot overlook, or overestimate, the big one – the 100th. In 1916 the world was at war with itself. On July 1st of that year, on the Western Front, the British Army had 57,000 men killed or wounded on what became the first day of the 141 day long First Battle of the Somme. 57,000 men…in one day.

However, the war was not only fought in the trenches of France and Belgium, and it was not only fought on the battlefield. 1916 was witness to the unchecked expansion of hostilities into what were then the colonial empires of Europe, parts of the Middle East, Africa, Asia. American neutrality, and it’s possible reversal, became the focus of the 1916 presidential election, with the discovery of the Zimmerman telegram in January 1917 as the final nail in its coffin. This book takes the often myopic perspective of the war – the European Theatre – and demonstrates that the only way to comprehend the events of 1916 is to alter that perspective, otherwise we fail to learn from those events. It is often said that the 19th century gave way to the 20th with the advent of the war in 1914. It was 100 years ago, in 1916, when the death of the old century and the birth of the new one became a stark reality for most of the world. 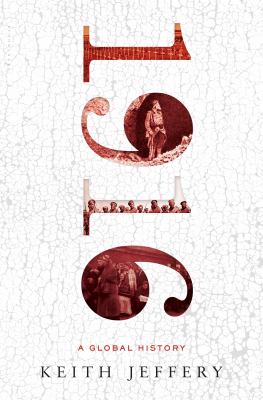 Author Keith Jeffrey’s narrative centers on the pivotal events of World War I during 1916 , like The First Battle of the Somme, but presents them in the wider context of the war, and other world events. He emphasizes that the Western Front was not the only theatre of conflict, and that by 1916 the war not only had devastating consequences for the global colonies of the European powers, but also dictated events within American politics.