When I started preparing for this blog post, I was simply planning to highlight some of my most beloved films that are currently available to CLP card holders for check out on Hoopla Digital. But as I poured over the Hoopla Digital film offerings and carefully curated my list of must see titles, I realized that there was a pattern- the majority of the films I had selected were films about vampires.

My love of vampire films started long before seeing movie stars like Robert Pattinson as Twilight’s Edward, Keanu Reeves in Bram Stoker’s Dracula, or Brad Pitt in Interview with a Vampire. I am a little embarrassed to admit this publicly, but it all begins with Corey Haim (swoon) and The Lost Boys. I was hooked. I mean, was there a single kid in all of 1987 who didn’t fantasize about having no parents, no rules, and just hanging out on the beach and boardwalk by night? The drinking blood part would take some getting used to, but how awesome would it be to live in an abandoned underground hotel with a bunch of cool, leather clad vampires?

Unfortunately, this amazing film is not available on Hoopla Digital, and neither are the other ones I’ve mentioned in the blog post….. However, Hoopla Digital does have an amazing collection of more recent, *seriously* top notch vampire films available. There is a little of something for everyone in this list- art house, romance, horror and comedy. See for yourself below.

If you don’t have a Library card, find out how to sign up for a card online here. If you need help using Hoopla Digital, watch a video here. 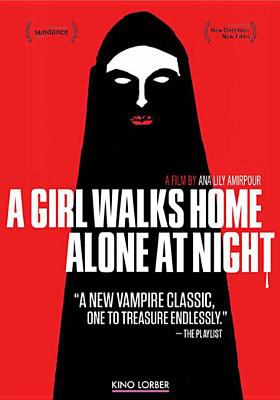 Strange things are afoot in Bad City. The Iranian ghost town, home to prostitutes, junkies, pimps, and other sordid souls, is a place that reeks of death and hopelessness, where a lonely vampire is stalking the town’s most unsavory inhabitants. But when boy meets girl, an unusual love story begins to blossom…blood red. The first Iranian Vampire Western, Ana Lily Amirpour’s debut feature A Girl Walks Home Alone at Night basks in the sheer pleasure of pulp. A joyful mash-up of genre, archetype and iconography, its prolific influences span spaghetti westerns, graphic novels, horror films, and the Iranian New Wave. Amped by a mix of Iranian rock, techno and Morricone-inspired riffs, its airy, anamorphic, black-and-white aesthetic and artfully drawn-out scenes combine the simmering tension of Sergio Leone with the surrealism of David Lynch. This title is also always available to stream or download on Hoopla. 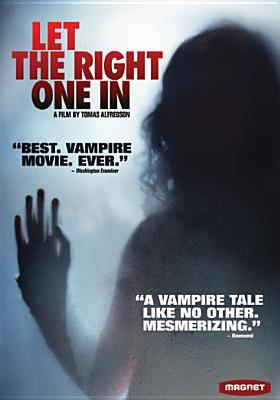 Let the Right One In

A young boy who is constantly being bullied at school makes friends with the new girl in the neighborhood. When strange disappearances and murders start happening in the town, all signs point to the new girl and her father, who only come out at night. This title is also available to stream or download on Hoopla. 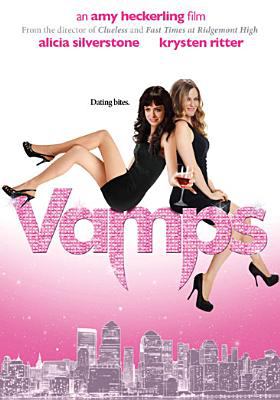 Two socialite vampires live the good life in New York City. Their lives become complicated when they fall in love with two men while simultaneously being pursued by vampire hunters. Each must make a choice that will jeopardize their immortality. Featuring an all-star cast that includes Dan Stevens, Richard Lewis, Sigourney Weaver, Wallace Shawn, Justin Kirk, and Malcolm McDowell. This title is also available to stream or download on Hoopla. 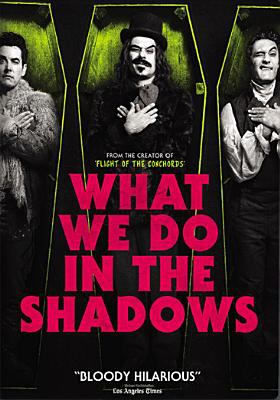 What We Do in the Shadows

Viago, Deacon, and Vladislav are vampires who are finding that modern life has them struggling with the mundane – like paying rent, keeping up with the chore wheel, trying to get into nightclubs, and overcoming flatmate conflicts. This title is also available to stream or download on Hoopla.