If you like Erik Larson‘s journalistic approach to history, Denise Kiernan’s two books will make time go a little faster while we wait to see what he does next.

Kiernan’s first book, Girls of Atomic City, became an instant bestseller when it was released in 2014. She exposed the world to the secretive town of Oak Ridge, TN – a small mountain city that sprung up out of the mud during World War II, promising young women a good paying job and a chance to support the war effort. Little did they know, these ladies played a part in building the atomic bomb. Kiernan was able to interview a number of the women and gather first-hand recollections from their recruitment to the realization of what they had been really working on.

Her most recent book, The Last Castle, is about the construction and preservation of the largest private home in America: Biltmore. The estate was conceived by George W. Vanderbilt as a southern getaway for his family. His vision was brought to life by landscape architect Frederick Law Olmsted and architect Richard Morris Hunt (both men were also working on projects for the Chicago World’s Fair at the same time). However, as the country moved from the Gilded Age to World War I to the Great Depression and beyond, it was up to George’s wife, Edith, and their grandsons to shepard the legacy forward. 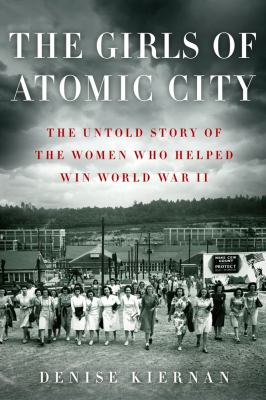 The Girls of Atomic City: The Untold Story of the Women Who Helped Win World War II

In the late 1930s, the town of Oak Ridge, TN, sprung up from the mud and was soon home to more than 75,000 residents. Denise Kiernan spins an oral history of how young women recruited to jobs in this mountain community played some of the most significant roles in World War II. 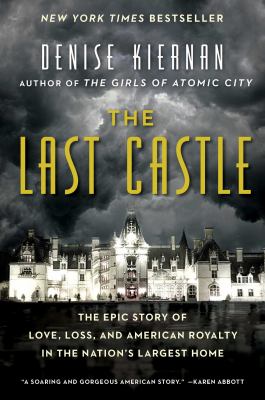 The Last Castle: The Epic Story of Love, Loss, and American Royalty in the Nation's Largest Home

Details the true story of the Biltmore Estate and Vanderbilt family from the Gilded Age through the early part of the Twentieth Century. Reading about the castle will introduce you to the man who built it and the women who saved it.