Did you know that one of America’s first Natural History Museums opened right here in Pennsylvania? Natural history museums first started popping up in Europe in the late 16th century, but it wasn’t until 1786 that Charles Wilson Peale welcomed the public in to view the taxidermy specimens, collections of bones (most notably, a mastodon skeleton!), and original portraits housed in his Philadelphia museum. Peale was also one of the first to display specimens according to Linnaean taxonomy, organizing his collection in terms of classes and species (prior to this, most museums were marketed as collections of oddities, also known as Wunderkammern or wonder-cabinets). Charles Coleman Sellers book, Mr. Peale’s Museum: Charles Wilson Peale and the First Popular Museum of Natural Science and Art, provides an in-depth look at the founding of Peale’s museum, a public institution that paved that way for many future natural history collections.

More than 100 years later in 1988 one David Wilson opened a museum in the Palms district of Los Angeles, California. Its name, the Museum of Jurassic Technology, conjures images of faraway lands and forgotten stories and is just vague enough to reveal absolutely no information about its holdings. The museum has both permanent and rotating collections, and they’re all fascinating and otherworldly: an investigation of a species of stink ant (Megolaponera foetens) that ingests a spore which causes a horn-like protrusion to erupt from its head, a collection of letters written to employees of the Mt. Wilson Observatory, the microminiature sculptures of an Egyptian musician turned artist. Mr. Wilson’s Cabinet of Wonder: Pronged Ants, Horned Humans, Mice on Toast, and Other Marvels of Jurassic Technology is journalist Lawrence Weschler’s account of visiting the museum and his subsequent attempt to piece together the mystery of the MJT and its curator. Additionally, Weschler offers an interesting critique on the history of museums and their cultural relevance. “The visitor to the Museum of Jurassic Technology continually finds himself shimmering between wondering at [the marvels of nature] and wondering whether [any of this could possibly be true],” Weschler writers. This wonder and the unanswered questions that come along with it are precisely what make the MJT so mesmerizing. At the end of Weschler’s account, we’re left asking and dreaming and wondering, which, I’d argue, is, the ultimate purpose and undeniable power of museums. 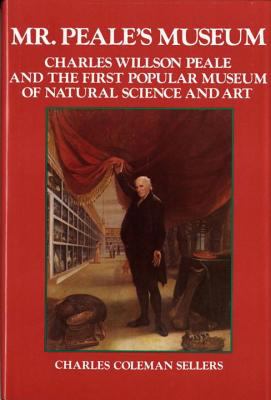 Tells the story of Charles Wilson Peale’s efforts to make museum’s accessible to patrons outside of scientists and intellects. 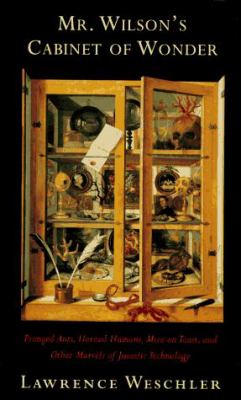 The author takes readers on a tour of his personal museum of natural oddities and optical illusions as he explores the imaginative origins of art and science.