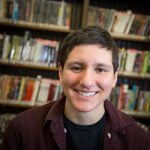 Some stories are told and re-told in so many ways that they become myths, even when the events in question only happened a few decades ago. The life of Che Guevara is one of those stories. It has inspired movies, books, and very popular t-shirt designs. This time, the story is told in the form of a graphic novel.

Che: una biografía gráfica doesn’t skimp on any of the big events that made Che famous, such as his role in the 26th of July Movement or his motorcycle trip around South America. However, it also focuses on some of the quieter, more intimate moments in his whirlwind life. Readers learn about his relationship with his first wife, Hilda, and her role in his radicalization. Time is also spent on the relationship between Che Guevara and Fidel Castro, focusing as much on their friendship as their political and military exploits.

As a graphic novel, the book is full of colorful scenes of battles, wildlife, and historical figures. Che looks like he does in photos taken during his life. The dense Cuban jungles are dark and foreboding. The story moves along quickly, and the authors provide helpful “quick history” sections to catch readers up to speed. They tell the entire history of Latin America in the 20th Century in just two pages of comics!

Finally, it’s important to note that this book is in Spanish. Whether Spanish is your first language or you’re just starting to learn the basics, Che: una biografía gráfica, has something to offer. Comics are a great way to learn a new language. One thing is for sure: anyone who reads this book will know how to use the phrase che­, an Argentine way of saying, “Hey!”