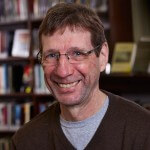 Classic novels that I plan to re-read in 2019. Time to look in on these old friends. It’s been a while – to say the least. One more time!

Translated into over sixty languages Don Quixote is considered one of the greatest works of literature in the Western Canon.  It is the story of the wannabe knight Don Quixote and his faithful squire Sancho Panza as they embark on a fantastical quest encountering powerful illusionary enemies–including that tilting, bloody windmill. The book has lost none of wonder, beauty & charm over the years and I cannot wait to saddle up once again.  I plan to use the Edith Grossman translation which is considered by most to be the best.

The book is a dystopian novel about a future New England (the United States has been overthrown) that has become a totalitarian-patriarchal society where women have no rights and are now completely subservient to men. The book’s focus is on the handmaid Offred (meaning of-Fred) we follow her through the many demeaning tasks she must preform daily and of course nightly for her betters. The novel also travels back in time showing a society very much like our own until someone(s) changed it.  The Handmaid’s Tale is a warning about what can happen when the laws for protecting women are written in water rather than in stone.

Orlando, the hero of our story, begins life as an aristocratic gentleman of the Elizabethan Age–where HE is all too eager to take part in the required wenching & swordplay that his station demands. However one day, SHE Orlando that is wakes up as a woman in the 1920’s–pregnant.  Orlando, surprisingly shows little reaction to the change because essentially she/he is still the same person–on the inside. Plus, at lease she is not a character in The Handmaid’s Tale. Orlando is a gender-bender novel before they had a name for it and it is both funny and delightful. It was also made into a fine film featuring the fabulous Tilda Swinton.  Maybe I will put that on my re-watch list.

A Passage to India

Story takes place in India during the 1920’s when the Indian independence movement from the British is starting to take shape.  It concerns the Indian Dr. Aziz and some British Citizens that he has recently befriended, including Miss Adela Quested.  During a trip to the Marabar Caves Miss Quested finds herself alone with Dr. Aziz–panics and runs from the cave claiming she was sexually molested. The case ultimately increases the already extreme tensions between the Indians and the British who rule their country.  Did Dr. Aziz assault Miss Quested? Did she imagine it in the creepiness of the cave?  Did someone else do it?   This Yinzer would like to know.

Stranger in a Strange Land

by Robert A. Heinlein

The only survivor of humanities first trip to Mars, Michael Valentine Smith, raised by Martians, is rescued 25 years later by a second mission and brought back to Earth.  Once there he discovers that his knowledge, talents, powers and beliefs far exceed those of the humankind.  Bored, he forms the ” Church of All Worlds” which includes all of the sex, drugs and alcohol that members can handle.  He is accused of blasphemy and (no surprise) murdered by an angry mob.  H then reappears in the afterlife assuring all earthlings that they all could be doing just a little bit better.  The Library of Congress named the novel one of 88 books that shaped America.