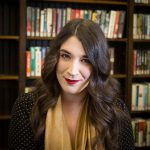 “You say you know these streets pretty well? The city knows you better than any living person because it has seen you when you are alone. It saw you steeling yourself for the job interview, slowly walking home after the late date, tripping over nonexistent impediments on the sidewalk. It saw you wince when the single frigid drop fell from the air-conditioner twelve stories up and zapped you. It saw the bewilderment on your face as you stepped out of the stolen matinee, incredulous that there was still daylight after such a long movie. It saw you half-running up the street after you got the keys to your first apartment. The city saw all that. Remembers too.” – Colson Whitehead, The Colossus of New York: A City in Thirteen Parts

Luckily, one does not have to be a native New Yorker to be enraptured by this 176-page love letter to one of the most prominent cities in America. Written in a style that evokes a sense of great urgency, yet maintains a certain bebop fluidity that one can’t help but occasionally read aloud, Colson Whitehead perfectly encapsulates the rhythm and energy that is so clearly felt when exploring the city.

The reader will have the opportunity to swing by thirteen significant New York locations— Central Park, the Port Authority, Broadway and the Brooklyn Bridge, to name a few. Once they arrive, Whitehead sculpts the atmosphere with such intricate detail that they will swear they can almost hear the orchestra of the city—the roar of the traffic, the squealing halt of delivery trucks, the live music spilling out of dimly-lit clubs—and feel the steam gushing out from below the city streets.

I highly recommend this book and urge you to allow Colson Whitehead to informally introduce you to his personal New York—one that seems to take on the characteristics of a living, breathing entity. A New York that walks with you, celebrates with you and mourns with you; one that is romantic, chaotic, beautifully flawed, often filled with moments of serendipity and ever transforming.

The Colossus of New York: A City in Thirteen Parts