According to public radio host Brady Carlson, the way Americans remember and honor our presidents says more about ourselves that the realities of history.  Sometimes funny, at times morbid, but always interesting Dead Presidents: an American adventure into the strange deaths and surprising afterlives of our nation’s leaders is an interesting read. Explore the mystery of who is buried in Grant’s Tomb and learn about the health benefits of “Hooverball.”

As the election cycle enters its final stage, the candidates should keep in mind that accomplishments and approval ratings while in office have little to do with how our nation remembers them. From neglected tombs to elaborate funerals and bobble heads and wax figures, Americans often rewrite perceptions to suit the times in which they live. Despite his express wishes, George Washington was laid to rest with great pomp and circumstance. No doubt the Washington Monument and the fiasco involved in its construction had him rolling in his grave. 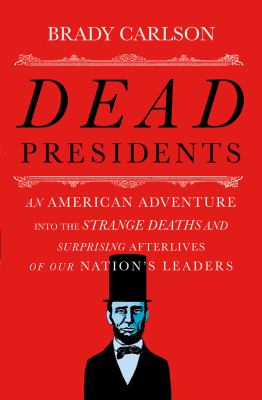 Dead Presidents: An American Adventure into the Strange Deaths and Surprising Afterlives of Our Nation’s Leaders

An entertaining exploration into the death stories of our nation’s greatest leaders – and the way we remember and memorialize them.