The modern period in music is said to have began with the premiere of Richard Strauss’s Salome. This violent and controversial opera is the telling of a biblical story through the modern lense. Suddenly, music is larger than life and taking on new characteristics. Friendly-sounding themes give way to atonal ideas, creating a tense atmosphere. For the entire opera, the audience sits and absorbs the ugly, the surreal and the different. This feeling of unease is one that follows many composers throughout the twentieth century.

Although almost all composers of the 20th century sought out to create something new, many had different approaches. This century saw musical extremes- from changing harmony, rhythm, mood and performance. Nearly every aspect that works together to create a musical work was somehow altered during this time period. In his book, The Rest is Noise, Alex Ross explores many of the different approaches composers took while trying to create the unheard of. His book is unique in that it also explores the psychological and historical background of the pieces he talks about. Since so many works of this time were directly inspired by world events, this account provides an accurate and entertaining view as to why music took the direction it did.

I have also picked out some of my favorite pieces of music from the 20th century. These pieces highlight the differences in style and composition between different composers and times. While each one has its own unique place in history, they are unified by the goal they set out to accomplish- to create something that had never been heard before.

This piece may go down in history for having the most controversial opening night in the world of classical music- rioting quickly broke out at the Théâtre des Champs-Élysées when this ballet made its debut. Stravinsky uses primitivist techniques and rhythms that lead to an electrifying- if unstable- feeling.

Akhnaten tells the tale of the famous pharaoh by the same name, as he experiences religious visions that affected change in Egypt. Glass composes in a minimalist style- repeating similar musical patterns for effect- to create a dramatic, hypnotic feeling.

The 20th century saw a lot of crossovers into different genres. Gershwin’s unique musical upbringing made him the the perfect person to show how jazz could exist within the classical realm. This famous piece begins with a slowly ascending clarinet line and quickly crescendos into the jazzy classic we all know and love.

In Berg’s last completed work, a fusion of Romantic and modern ideas come together to create something new. Although this piece was written using modern techniques, the listener can still recognize familiar harmonies and melodic lines.

In this piece, Bartók combines unique harmonies with folk melodies he collected in Hungary. Each section of the orchestra plays extremely virtuosic passages, which allows the full potential of the orchestra to be unleashed. This piece is accessible to today’s listener, while still exciting and modern.

Shostakovich’s dark and triumphant Symphony No. 5 in one that is still widely performed by orchestras today. Shostakovich faced immense political pressure following an official denunciation to create music that would please Stalin. Shostakovich manages to use simplicity to his advantage, pleasing Stalin, audiences around the world, and himself. 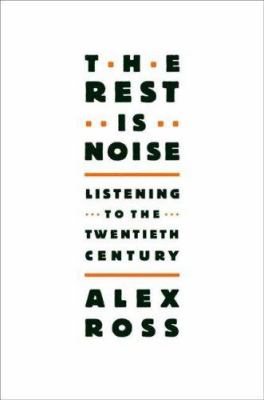 The Rest is Noise

Alex Ross, music critic for The New Yorker,  explores all of the different avenues composers chose to explore in this century. From the absurdist pieces of Erik Satie to the pedantic works of Milton Babbitt, Ross keeps you entertained with stories of an eclectic time. The best thing? You don’t even need to have a musical background to enjoy this book!