Let’s celebrate Pittsburgh, it’s your anniversary!  In 1816 Pittsburgh was incorporated as a city of the state of Pennsylvania. Then, the city encompassed what is now the point and downtown, but expanded over the coming decades annexing other established communities; first east and south, then north in 1907 when Allegheny City became the North Side. There’s so many elements that shaped the last 200 years in Pittsburgh – glass and steel; rivers, hills and bridges – and so many things that make it unique, from the enclaves of ethnic neighborhoods and its immigrant experience, to the both maligned and embraced dialect that is ‘Pittsburghese’, that it would be impossible to present a comprehensive ‘must read’ list of Pittsburgh since 1816. With that in mind, these titles represent the stories of the people, places and things which are integral to a unique Pittsburgh identity of which its citizens have come to be rightly proud. 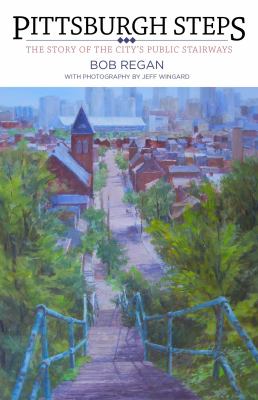 Pittsburgh Steps: The Story of the City's Public Stairways

To conquer Pittsburgh’s steep slopes and riverine topography, civil engineers have had to build bridges, tunnels, inclines…and stairways. This is the story of the city’s public stairways – some are even continuations of actual streets – told with maps, charts, diagrams and plenty of photographs. Neighborhood step counts, information on self-guided walking tours, and the push to maintain the stairways compliment the data and historical narrative. 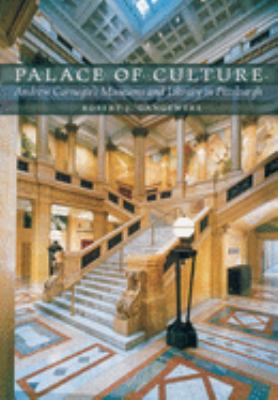 Palace of Culture: Andrew Carnegie's Museums and Library in Pittsburgh

Industrialist, steel magnate, and philanthropist Andrew Carnegie’s name is inextricably linked to the history of Pittsburgh. The Scottish immigrant found the 19th century city a fertile ground for someone with the ambition to take advantage of new technologies in the manufacturing and transportation industries. Realizing the need for substantial infrastructure in support of the railroad industry, he began many iron foundries in the Pittsburgh area, which eventually led to his fortune in steel. He donated vast sums of this fortune to his adopted hometown for the construction of museums, a music hall and a free, public library system. Carnegie had held reading, education and access to books dear throughout his life having had the fortune of accessing the personal library of a Colonel James Anderson while a boy. Carnegie wanted the people of Pittsburgh, many of whom were his immigrant employees, to have the same ability to better themselves as he did, and to be exposed to the world outside in ways they otherwise may not have been. Palace of Culture is the story of these institutions which have become synonymous with living in Pittsburgh and what Carnegie’s legacy has meant, and will mean, to its people. 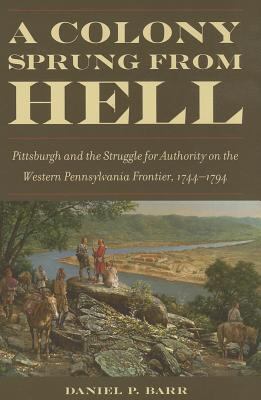 "A Colony Sprung From Hell": Pittsburgh and the Struggle for Authority on the Western Pennsylvania Frontier, 1744-1794.

In the 18th century, the area known as the ‘Forks of the Ohio’ was the most contested piece of real estate in colonial America. Pennsylvania and Virginia both laid claim to the area and the access to the west beyond provided by the Ohio River and its tributaries. After the French and Indian War, by royal edict, the area was to be left for Native Americans and not colonized, but enterprising individuals took advantage of the lack of any real authority on the new frontier and pushed westward. Hostilities, and allegiances, between settlers and Native Americans created factions that eventually would have consequences for the War for Independence, while the independent spirit of the frontier settlers themselves, caused by physical isolation from, and distrust of, any central authority would come to be a thorn in the side of the fledgling United States. 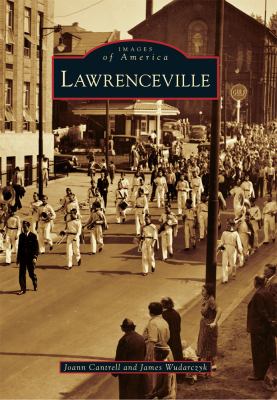 by Joann Cantrell and James Wudarczyk

In 1814, William Barclay Foster, the father of composer Stephen Foster, purchased the 121 acres of what became the town – then borough (1834), then neighborhood of Pittsburgh (1868) – of Lawrenceville. Foster  named the area after a fallen War of 1812 naval officer. The photos and captions in this book provide information on such landmarks as the Doughboy Statue, the Allegheny Arsenal, site of the worst civilian accident during the Civil War in 1862, and Allegheny Cemetery, which was the largest rural cemetery west of the Alleghenies when in opened in 1844. Like the rest of Pittsburgh waves of immigrants created the fabric of the neighborhood and there is information about the ethnic churches and schools that dominated the local landscape. Here you will also find the home of the Pittsburgh Brewing Company, the Heppenstall Plant and, last but not least, the first neighborhood branch of the Carnegie Library of Pittsburgh! 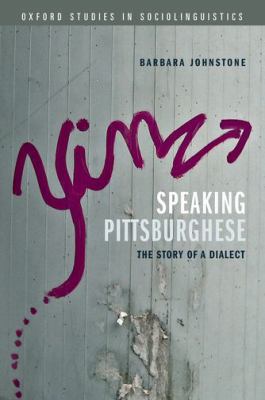 Speaking Pittsburghese: The Story of a Dialect

Now a source of hometown pride, and constant fodder for both local and national media, ‘Pittsburghese’ has had a love-hate relationship with its speakers in its recent history. Carnegie Mellon University professor Barbara Johnstone explores the historic and socio-linguistic environment that has produced this unique dialect of American English. During her research she conducted interviews with native speakers, and also uses non-natives’ observations, to explain whom uses ‘Pittsburghese’,  in which situations it is used, and how perceptions of the dialect over time have changed. Readers are left to consider what those changes in perception mean for the dialect’s future.