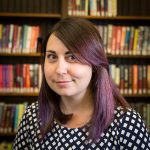 Ladies… It’s our month. Scratch that, it’s our time to educate ourselves on the past as well as present-day stories we hear from women around the globe, while moving forward with the knowledge we need to shape our own way of life. Historical women have come before us to help pave the way for our right to vote, own property, and still continue the fight for a fair and equal wage. Now is the time to celebrate these accomplishments, while shaping our own goals and stories to tell future generations.

The celebratory month has its roots in the socialist and labor movements — the first Women’s Day took place on Feb. 28, 1909, in New York City, as a national observance organized by the Socialist Party. It honored the one-year anniversary of the garment worker’s strikes in New York that had taken place a year earlier, when thousands of women marched for economic rights through lower Manhattan to Union Square. (That strike in turn honored an earlier 1857 march, when garment workers rallied for equal rights and a 10-hour day.) Within two years, Women’s Day had grown into an international observance that spread through Europe on the heels of socialism.

With the changing political times, it has never been more important to read up on the amazing strides we’ve taken throughout this historical and empowering movement. Checkout the highlighted books and web resources below, as well as visiting your local library to learn even more!

A Short History of Women: a Novel

From a lecture delivered to suffragettes in Victorian England to a playdate on Manhattan’s Upper West Side, this provocative work chronicles four generations of women, their aspirations, the limits imposed on them, and the sometimes startling choices they make in the world.

This book takes readers on a search for women of African descent in comics subculture. From the 1971 appearance of the Skywald Publications character, the Butterfly – the first Black female superheroine in a comic book – to contemporary comic books, graphic novels, film, manga, and video gaming, a growing number of Black women are becoming producers, viewers, and subjects of sequential art.

As the first detailed investigation of Black women’s participation in comic art, Black Women in Sequence examines the representation, production, and transnational circulation of women of African descent in the sequential art world. In this groundbreaking study, which includes interviews with artists and writers, Deborah Whaley suggests that the treatment of the Black female subject in sequential art says much about the place of people of African descent in national ideology in the United States and abroad.

The Feminist Promise: 1792 to the Present

In this definitive volume, respected historian Christine Stansell tells the story of one of the great democratic movements of our times. She paints richly detailed portraits of well-known leaders–Mary Wollstonecraft, Elizabeth Cady Stanton, Betty Friedan–but others, too, appear in a new light, including Ruth Bader Ginsburg and Toni Morrison. Accounting for the failures of feminism as well as the successes, Stansell notes the emergence in the early 1900s of the dashing “New Woman”; the passing of the Nineteenth Amendment, which granted women the right to vote; the post-World War II collapse of suburban neo-Victorianism; the radical feminism of the 1960s; and the fight for women’s rights in developing countries in the era of international feminist movements.

The Firebrand and the First Lady: Portrait of a Friendship: Pauli Murray, Eleanor Roosevelt, and the Struggle for Social Justice

A finalist for the Andrew Carnegie Medal for Excellence in Nonfiction, and longlisted for the National Book Award, The Firebrand and the First Lady is the riveting history, two decades in the making, of how a brilliant writer-turned-activist and the first lady of the United States forged an enduring friendship that helped to alter the course of race and racism in America.

In 1938, the twenty-eight-year-old Pauli Murray wrote a letter to the President and First Lady, Franklin and Eleanor Roosevelt, protesting racial segregation in the South. Eleanor wrote back. So began a friendship that would last for a quarter of a century, as Pauli became a lawyer, principal strategist in the fight to protect Title VII of the 1964 Civil Rights Act and a co-founder of the National Organization of Women, and Eleanor became a diplomat and first chair of the United Nations Commission on Human Rights.

The Meaning of Michelle: 16 Writers on the Iconic First Lady and How Her Journey Inspires Our Own

While many books have looked at Michelle Obama from a fashion perspective, no book has fully explored what she means to our culture. The Meaning of Michelle does just that, while offering a parting gift to a landmark moment in American history. In addition to a tribute to Michelle Obama, this book is also a rollicking, lively dinner party conversation about race, class, marriage, creativity, womanhood and what it means to be American today.

Reading Lolita in Tehran: a Memoir in Books

Every week for two years in the Islamic Republic of Iran, Nafisi secretly gathered seven of her most committed female students to read forbidden Western classics. This extraordinary memoir is an exploration of resilience in the face of tyranny and a celebration of the liberating power of literature.

Rise of the Rocket Girls: the Women Who Propelled Us, from Missiles to the Moon to Mars

The riveting true story of the women who launched America into space.  In the 1940s and 50s, when the newly minted Jet Propulsion Laboratory needed quick-thinking mathematicians to calculate velocities and plot trajectories, they didn’t turn to male graduates. Rather, they recruited an elite group of young women who, with only pencil, paper, and mathematical prowess, transformed rocket design, helped bring about the first American satellites, and made the exploration of the solar system possible.

For the first time, Rise of the Rocket Girls tells the stories of these women — known as “human computers” — who broke the boundaries of both gender and science. Based on extensive research and interviews with all the living members of the team, Rise of the Rocket Girls offers a unique perspective on the role of women in science: both where we’ve been, and the far reaches of space to which we’re heading.

Womanthology is a large-scale anthology showcasing the works of women in comics. It is created entirely by over 140 women of all experience levels, from young girls who love to create comics all the way up to top industry professionals. All of the short stories will center around the theme for this volume – Heroic. There will also be features, such as Professional How-To”s, a Kids/Teens section showcasing their works and giving tips, as well as a section dedicated to some Iconic female comic creators of the past, such as Nell Brinkley, and much more.