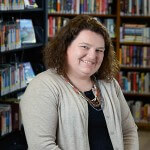 War, like politics, was men’s work, and women were supposed to be among its victims, not its perpetrators. Women’s loyalty was assumed, regarded as a prime attribute of femininity itself.

In Liar, Temptress, Soldier, Spy: Four Women Undercover in the Civil War, Karen Abbott (American Rose: A Nation Laid Bare, the Life and Times of Gypsy Rose Lee and Sin in the Second City: Madams, Ministers, Playboys, and the Battle for America’s Soul) introduces readers to women who were anything but victims during wartime.

Canadian native Emma Edmonds left her abusive home for Michigan and had been living as Frank Thompson before the war even began. After enlisting with the Union army, she worked as a field medic, courier, and spy – after all, Frank Thompson’s slight build made him the perfect candidate to slip in and out of Confederate camps while disguised as a woman.

Belle Boyd shot a Union soldier in the front hall of her home and then ran with the notoriety it earned her. She dubbed herself the “Cleopatra of the Succession” and did everything she could to live up to the title. Her bold actions earned an honorary aide-de-camp position from Stonewall Jackson and two arrests, all before her twentieth birthday.

Despite living in the capitol of the Confederacy, Elizabeth van Lew and her brother were staunch abolitionists, working long before the Civil War to use their family’s money to purchase and free slaves. Hiding behind her wealthy status, she was able to establish a far-reaching spy ring literally under the nose of Jefferson Davis. Elizabeth’s greatest asset? Mary Bowser, her loyal maid with a photographic memory who was willing to be “loaned” to the Davis household.

Widow Rose O’Neal Greenhow charmed many a Northern politician into giving up information that he probably should have kept to himself. Using codes and a network of couriers, including her own young daughter, Rose assisted with a few of the Confederacy’s early wins. She was so good that famed detective Allan Pinkerton was assigned with taking her down.

This title is also available as an audio book!

This book interweaves the stories of four women – a social climber, a widow, a runaway farm girl, and wealthy spinster – who put themselves at great risk during the Civil War.