Blockbuster films based on comic book characters are nothing new. Over the last few years these films have gotten even more intense, all the while striving to walk the fine line of being accessible enough for a general audience who aren’t familiar with the comic books, but still satisfy the die-hard fans. In addition to feature films, there have also been a collection of short series based on comics. These are pretty great because it allows the film makers to essentially tell a much more textured story. I want to recommend one of these to you.

Agent Carter takes place in the period directly after the Second World War. It is the story of Peggy Carter, who worked with the SSR (the Strategic Scientific Reserve), with Steve Rogers (who became Captain America), and later, as a founding member of S.H.I.E.L.D. As a female special agent in the 1940s, the transition from being a powerful field operative in wartime to an office worker (who is told to answer phones and make coffee by her male counterparts), is a tough one. This series touches on all of those themes and more!

I was super late to the party on this amazing series based on the Marvel Comics character, but I was glad to finally get on board! This brilliant series is worth your time. Even if comic books aren’t your thing, Agent Carter has enough going on to draw in anyone. A little suspension of disbelief might be required (we are talking about superpowers in some cases, after all) but give it a try! You might be surprised at what you find! 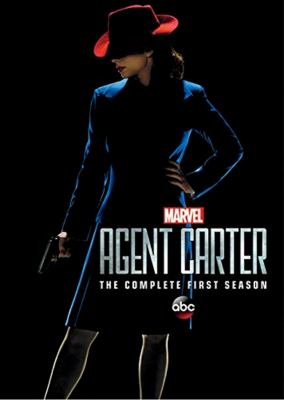 In 1946, Peggy Carter must balance the routine office work she does for the Strategic Scientific Reserve with secretly assisting Howard Stark to clear his name as a deadly weapons supplier.