When Chris Offutt’s father, Andrew Offutt, died in 2013, he left behind over eighteen-hundred pounds of papers, books and drawings. That’s approximately 1 ton of science fiction, history, and, overwhelmingly, pornographic fiction. But he also left Chris a legacy of anger, verbal abuse and isolation. This overbearing father expected complete obedience and fealty from his children. To talk back was to invite verbal evisceration. Chris’ mother may have wanted to protect her children, but she knew that if she spoke up for them, the anger would only intensify.

In 1970, Andrew Offutt left a successful career in insurance to write full-time. At that point, he occupied the family home round-the-clock. Chris and his siblings had to tiptoe around the house; any noise would bring their father out of his office, screaming. So Chris began to spend the majority of his time outside. The forest behind his rural Kentucky home became his refuge, and his childhood friends, his family.

Once Chris was grown and out of the house, graduated from college, married with his own family and a successful author in his own right, he received instructions in the mail from his father: a secret “will”. This missive outlined his father’s demands that, upon his death, his home office be cleaned out only by Chris.  His father felt that this task was best left to Chris, being the eldest son, and a fellow writer.

So in the summer of 2013, Chris began what would end up being a two-year journey into the records and mind of his father. It was not an easy journey, and it affected Chris mentally and physically. Once the job was finished, Chris finally felt that he understood the man, the author, and the porn-addict that was his father.

Those readers looking for titillating details due to the word “pornographer” in the title will come away lacking, but those wishing to follow Chris along on his journey from backwoods Kentucky boy to adult understanding of his parents will enjoy this memoir. 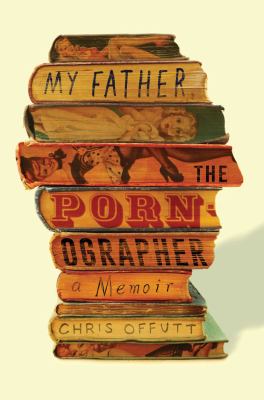 My Father, the Pornographer

Through the task of cleaning out his office, Chris Offutt enters the world of his father, Andrew J. Offutt, a prolific author of pornographic pulp fiction, science fiction and fantasy novels.