Taken from film noirs of the 1950’s, in the style of Raymond Chandler comes the story of the Cold War heating up. Joseph McCarthy is on a witch hunt for Communists. The FBI, and CIA are fighting a turf war on who will be the top intelligence agency of the United States.  But in the state of New York…….

The night is cold and damp, Broadway is all lit up and Michael Cassidy a New York cop assigned to investigate the murder of Alexander Ingram a chorus dancer found tortured and dead at his apartment in Hell’s Kitchen. Why would anyone want to murder a Broadway gypsy and why are the FBI, CIA and the Mafia interested in this death.  What could it be? Compromising pictures of someone in power, blackmail, laundering money, maybe sending someone to a concrete grave.  As the investigation is heating up and more people are being murdered, in walks femme fatale, Dylan McCue, with her alabaster skin and curves to die for, moves into his apartment building and begin cozying up to Cassidy.  What is she trying to do? Who does she work for? And who is she trying to kill?  Why!?

If you like Night Life read Night Work next in the series, where Detective Michael Cassidy escorts a murderer to Fidel Castro’s Cuba and all the problems that arise from that little jaunt. 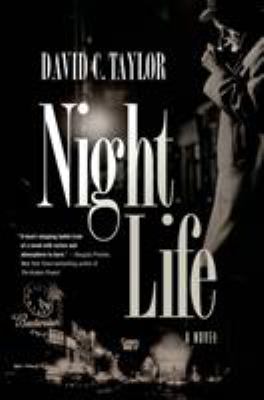 In 1954 New York City, cop Michael Cassidy, whose father is a successful Broadway producer and his godfather is a Mafia boss, investigates the brutal murders of young men that garners the attention of the FBI, CIA and the Mafia, while spending his nights with a beautiful new neighbor–who may actually be his enemy.