I have always enjoyed dystopian novels. Sometimes it is hard to find a new series that captures my attention as much as a previous one. The Red Queen is the first book in the series (the third one was recently published), and it has definitely captured my attention. The story is about a girl who discovers she has dangerous powers, powers that only the Silvers are supposed to have. Soon she is hiding among the people she has grown up hating. The story weaves a great adventure and is so much more than about just one girl. 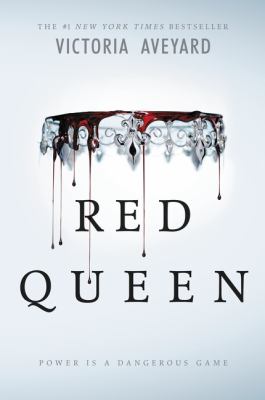 Red Queen by Victoria Aveyard. In a world divided by blood–those with common, Red blood serve the Silver-blooded elite, who are gifted with superhuman abilities–seventeen-year-old Mare, a Red, discovers she has an ability of her own. To cover up this impossibility, the king forces her to play the role of a lost Silver princess and betroths her to one of his own sons. But Mare risks everything and uses her new position to help the Scarlet Guard –a growing Red rebellion–even as her heart tugs her in an impossible direction.