What kind of bird are you? A hummingbird or maybe a cardinal? Perhaps a falcon, a crow, or even a penguin? Librarians are often thought to be owls, but if I were a bird, I believe I would be a cockatiel or a parrot. Garnet, a young 16-year old girl living in the 1920s and our main character, believes she is a sparrow because of how “normal” her life is so far.

Garnet loves birds in every way imaginable. She has loved them since she was a child and her favorite activity is to cut out silhouettes of the birds she observes and write their Latin names on the reverse side, an activity that her mother finds acceptable for a modern girl. In the summer of 1926, Garnet finds herself spending almost three months with her wealthy, yet distant, aunt and cousin in Minnesota to allow her mother to care for her mentally ill father who has been almost silent ever since he returned from the war.

During her time in Minnesota, Garnet is able to explore her passion for birds, consider college, and maybe even a career in biology while forgetting about the traditional path her mother wants for her as well as the boy who wants her hand in marriage. While working in a local hat shop, Garnet meets Isabella, an older flapper girl who is a dancer, and quickly falls for her. The two girls begin a secret relationship, which further complicates Garnet’s life. Garnet soon realizes she must not only choose between Isabella and the boy back home, but also between the desires of her family and the desires of her own heart. Will Garnet choose to be free as the birds she loves or will she be as frozen as the silhouettes she cherishes just as much?

I would recommend this book to anyone interested in life in the 1920s, flapper-era romances, birds/ornithology, and coming-of age stories. I would also recommend it to anyone who just wants to read a short book about two young women who just want to be themselves. 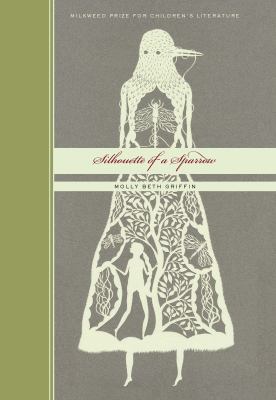 Silhouette of a Sparrow

In the summer of 1926, 16 year old Garnet is sent to Excelsior, Minnesota  to escape the polio epidemic and the grips of traditional femininity waiting for her back home. Away from her traditional mother and distant father, Garnet is able to indulge in her passion for birds as well as fall into a secret relationship with a local flapper girl named Isabella. Garnet’s newly found freedom is short-lived as she realizes her time with Isabella is almost over and she must choose between following her heart or accepting the traditional path her family wants for her.