I don’t mean to discount other Star Trek incarnations, movies old and new, but there is something about the Original Series that does it for me in a way the others don’t. Now, to be clear, I am no Trekkie  but I absolutely love the Original Series, which granted my first exposure to the Start Trek Universe. The show was truly the first of its kind, displaying themes of acceptance, constant learning and facing the unknown with humility, poise and dignity in the fantastic setting of space – the final frontier.

In a historic moment when NASA has announced the discovery of potentially habitable planets, we may not be far off from becoming cosmic citizens in the fullest sense of the idea, able to watch evolution in action (supposing intelligent life has not yet fully evolved in the TRRAPIST-1 system) and eventually interact with alien life. Don’t give me that look! Sure the distances and time scales involved with personally visiting alien worlds beyond our immediate neighborhood are immense, unfathomable at the current moment. But our journey to the stars is slowly becoming less and less of a simple pipe dream each day. Perhaps I’m weighing the implications of potential habitable exoplanet discovery to the most optimistic conclusion. And why not? We may not be on a crash-course to war with Klingons, but we are poised to interact with the cosmos in a way our ancestors could only dream of.

As we think about expanding the footprint of our species, consider the turn terrestrial politics has recently taken in America and many locales aboard. Star Trek will not provide any concrete solutions to the problems facing modern society, but we can be shown through art the benefits of compassion, international cooperation and acceptance of “the other”, no matter how weird they may seem to our often limited sensibilities. Star Trek: The Original Series provides timeless lessons for humanity, imparting cosmopolitan values alongside an acceptance of rational thinking and the scientific method to its audience. Today we have a chance to at once grow and be humbled as a cosmic species. Let’s search with the best of our natures, with Captain Kirk and Mr. Spock as our guides. 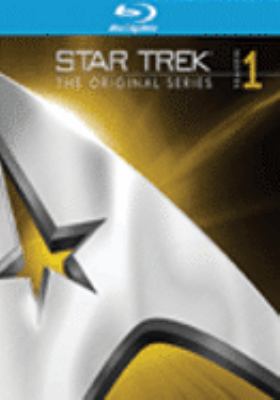 The spaceship U.S.S. Enterprise, with its 430 crew members captained by James T. Kirk, travels the universe “to boldly go where no man has gone before.”