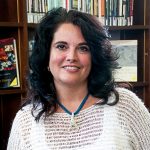 A memorable story about a young man who rose up against all odds and everyone’s expectations. It is both heartfelt and brutally honest.

As a young boy growing up at his grandmother’s house in West Baltimore (one of America’s most dangerous cities), Quentin wanted to live the lives of the other kids at school. Normalcy was what he longed for. He stayed with his father and grandmother most weekends, summers, and school breaks. Through the years he had grown scared of furniture shifting, bursts of yelling, and uncontrollable tempers. He grew fond of JAY Z music and videos because they calmed him. He realized that his father was a drug addict and was resentful and wanted to be more than that. He craved his father’s love and attention, but was always disappointed. Although Quentin was very smart he started acting out in school and was sent to multiple schools over the course of his traditional education. He was the kid that everyone cringed when they saw they had him in class, until the day he was blessed with Ms. Johnson an English teacher. This teacher understood that he needed to be nurtured, not criticized and took time to learn about him. Quentin felt that her caring nature was what drew out his better self. Ninth grade was a turning point and not for the good. He was voted the least likely to succeed. In tenth grade he started selling drugs because he was making more money there than at his job at Burlington Coat Factory. After a brush with death he decided to stop selling drugs, got a real job, and had two children. Then it started: anxiety and panic disorder. He was prescribed Lorazepam. Soon that wasn’t enough and he mixed with Vicodin and alcohol. He knew he had a problem and pleaded with his PCP to help him, but the doctor denied that he had an addiction problem. For years he was always “chasing the dragon.” When he would run out he would ask friends. He overdosed twice. No one would help him get clean, therefore he did the research and decided to detox himself. He learned to juice and took a huge liking to yoga. Slowly he took fewer and fewer pills, and he found that yoga was a great way to deal with his anxiety and panic disorder. This is a harrowing story with many detours and turns. It is living proof that during our weakest moments we are still capable of unimaginable strength and perseverance. In this book you will also find juice recipes and yoga poses. Quentin Vennie is a now a writer, speaker, and wellness expert.