Wikipedia defines survivor’s guilt as “a mental condition that occurs when a person perceives themselves to have done wrong by surviving a traumatic event when others did not.” In Alice Hoffman’s Faithful, protagonist Shelby Richmond’s lifelong, all-encompassing survivor’s guilt begins one icy night in the instant that she realizes that her best friend Helene has been thrown through the windshield of the car in an accident from which Shelby walks away.

Shelby spends the post-accident days, weeks, years as a bald shadow of her former self, in a pot-fueled haze, pushing away all the right people. Pilgrims flock to comatose Helene, hoping for miracles like the ones they’ve heard about. Shelby flees to New York City to escape being known as the girl who caused the accident, and to escape being known at all. After stumbling through some failed relationships, two bright spots slowly begin to emerge in Shelby’s life–the menagerie of animals that she can’t resist rescuing and adopting, and the occasional postcards that mysteriously show up at her door. These postcards from an unknown author encourage her to “Say something,” “Do something,” “Want something”–concise messages that seem to come just when Shelby needs them.

Shelby befriends a co-worker, and her three children, who may need her as much as Shelby needs them. Just as her heart begins to soften, Shelby’s mother gets sick and Shelby returns home to the town where Helene still lies in her bed. Will Shelby ever make peace with the outcome of the accident or with herself? Light is finally shed on the mystery of the postcards and Shelby is reminded of what she learned in the fairy tales that she loved as a child: what was deep inside could only be discovered by someone who understood how easily a heart could be broken. 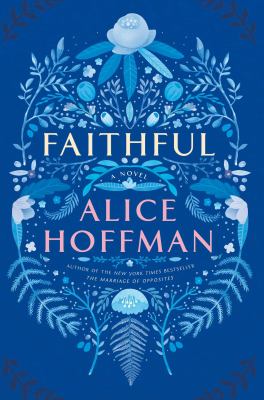 Growing up on Long Island, Shelby Richmond is an ordinary girl until one night an extraordinary tragedy changes her fate. Her best friend’s future is destroyed in an accident, while Shelby walks away with the burden of guilt. What happens when a life is turned inside out? When love is something so distant it may as well be a star in the sky? Faithful is the story of a survivor, filled with emotion–from dark suffering to true happiness–a moving portrait of a young woman finding her way in the modern world.