Frankie Devereaux was a successful, normal seventeen-year-old. She had a perfect GPA, a perfect boyfriend, and a perfect plan to land her dream job after going to Stanford. That was the Old Frankie. Everything changed the day she watched her boyfriend get murdered. The worst part? She can’t even remember the face of the person who killed him. Add that onto the grief-fueled DUI that got her kicked out of her private high school in the Heights, and New Frankie is pretty much a failure.

As if dealing with PTSD and insomnia aren’t bad enough, Frankie has to try and get used to life at the public high school in the Downs, a tough neighborhood where she moves to live with her undercover-cop dad. Frankie and her dad don’t exactly get along, especially considering that he now sees his own daughter as a “criminal.” In his black-and-white world, there’s no room for mistakes.

On day one, Frankie embarrasses herself by jumping into a fight that triggers her PTSD. She also meets Marco Leone, a brooding street racer who takes care of his little sister all by himself. As Frankie and Marco’s relationship develops, so does her involvement of the underground world of souped-up racing cars, crime rings, and the real-life bad guys her dad has always warned her about.

Now Frankie needs to find the courage inside of herself to help her new friends. To do this, she’ll need to overcome the self-doubt that has plagued her ever since her boyfriend’s death. The stakes are high, and the lines between criminals, good guys, and “normal teenagers” have never been blurrier. 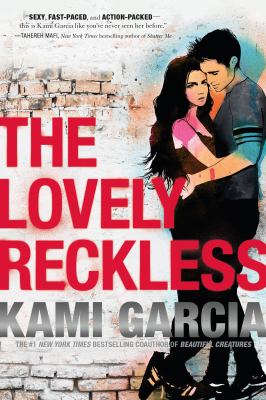 Seventeen-year-old Frankie Devereux would do anything to forget the past. Haunted by the memory of her boyfriend’s death, she lives her life by one dangerous rule: nothing matters.