Ron Chernow is one of today’s great biographers. He is famed for his deep dives into his subject, digging up facts that other authors, sometimes many other authors, missed or ignored. My first taste of his writing was in Titan: The Life of John D. Rockefeller Sr. This book had been recommended to me from various sources as one of THE biographies to read, along with Robert Caro’s book Power Broker (which has yet to leave the dent it made on my desk when I dropped it there). With Chernow getting much praise for his Alexander Hamilton and then his Grant I thought to stick my feet into the older end and see what all the fuss was about.

In short, the fuss is well deserved. Chernow is a masterful writer and has an ability to make what could be dry and dusty facts come alive. That being said, whether it’s Chernow’s writing or the fact that John Rockefeller did not live the life as we all seem to think he did, this book is intensely interesting from beginning to end. We begin with a brief synopsis of his family before his parents were married. His father is an intensely interesting character who lived a near vagabond existence as a snake oil salesman. His mother is the cream of the local society and falls for this charming man who never quite has the ability to stay in one place. From there is delves into what is almost a tragic backstory and gives John Rockefeller the impetus to be the man he becomes.

Chernow does not excuse what Rockefeller became in the public conscious. Instead he goes through all the accusations that Rockefeller got during and after his life and breaks down what is true, false, probably true and probably false. Chernow shows Rockefeller not only going all out to earn as much as he can, in ways that clearly hop the border into illegal at times, but also to donate as much as he can. Rockefeller supported colleges, built a research hospital, and worked on eradicating diseases.

There is only so much I can address of this nearly thousand page biography so let me end this small review by saying that you should read this book. The public memory of John Rockefeller is unkind, his enemies made sure of it and his policy of running silent did not help. That is unearned and we should try to understand him more fully. He is a complicated figure who gave money to causes wide and varied while having earned his money in some unscrupulous ways 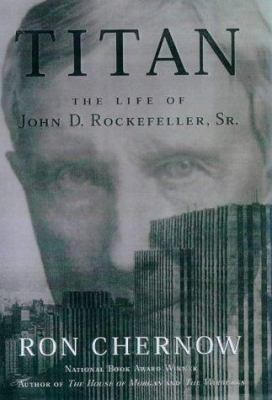 John D. Rockefeller was history’s first recorded billionaire and one of the most controversial public figures in America at the turn of the 20th century. Standard Oil–which he always referred to as the result of financial “cooperation,” never as a “cartel” or a “monopoly”–controlled at its peak nearly 90 percent of the United States oil industry. Rockefeller drew sharp criticism, as well as the attention of federal probes, for business practices like under-pricing his competitors out of the market and bribing politicians to secure his dominant market share. While Chernow amply catalogs Rockefeller’s misdeeds, he also presents the tycoon’s human side. Making use of voluminous business correspondence, as well as rare transcripts of interviews conducted when Rockefeller was in his late 70s and early 80s, Chernow is able to present his subject’s perspective on his own past, re-creating a figure who has come down to us as cold and unfeeling as a shrewd, dryly humorous man who had no inner misgivings about reconciling his devout religious convictions with his fiscal acquisitiveness. (Goodreads Description) 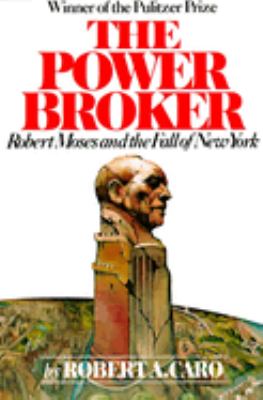 The Power Broker: Robert Moses and the Fall of New York

by Robert A Caro

The Power Broker tells the hidden story behind the shaping (and mis-shaping) of twentieth-century New York (city and state) and makes public what few have known: that Robert Moses was, for almost half a century, the single most powerful man of our time in New York, the shaper not only of the city’s politics but of its physical structure and the problems of urban decline that plague us today. In revealing how Moses did it, Robert Caro reveals how power works in all the cities of the United States. Moses built an empire and lived like an emperor. He personally conceived and completed public works costing 27 billion dollars–the greatest builder America (and probably the world) has ever known. Without ever having been elected to office, he dominated the men who were–even his most bitter enemy, Franklin D. Roosevelt, could not control him–until he finally encountered, in Nelson Rockefeller, the only man whose power (and ruthlessness in wielding it) equalled his own. (Goodreads Description)