Since 1967, Stephen King has blessed us with stories about gruesome beasts, supernatural phenomena and the tumultuous experience of being a kid. With his wide selection of novels and short stories, it may come as no surprise that he enjoys finding ways for the stories to connect. Some examples that spring to mind are the three stories I read by the author over the past year.

I started my Stephen King reading experience with a short story called “The Library Policeman” featured in Four Past Midnight. The main character, Sam Peebles relives horrors from his past about an imposing ‘policeman’ that harasses him about overdue library books. The monster, posing as an old librarian named Ardelia Lortz, turns out to be a hideous creature looking for a new host to continue her bloody pursuit of immortality. Ardelia’s gory tendencies are similar to those of the monster in IT. Both monsters feed off of children’s fears as a way to continue their boundless lives. The monster in IT shifts into children’s deepest fears (clowns, etc.) in order to paralyze them and feed off of their life force.

Speaking of IT, I mentioned before that King has a great way of not only writing monsters but coming-of-age stories as well. IT follows a group of children—the self-proclaimed Losers Club—growing and working together to defeat the monstrous clown. The love between the friends is vibrant as the reader follows them through their tumultuous childhood and into adulthood. King’s ability to write adolescence is so complete that the reader feels like a kid too.

Another great example of this is in “The Body” featured in Different Seasons, King’s short story about a group of children on a quest for adventure as they walk along miles of railroad tracks in search of a kid brutally killed by a train. Despite only being eighty pages, the reader is able to place themselves in this group of boys as they discuss their futures and fears. Although the search for a body is a strange way to come of age, King has found a way to make it work.

Stephen King’s novels and stories connect in small and large ways. I implore readers to check out not only the books I have mentioned, but his many others and search for the connections themselves. 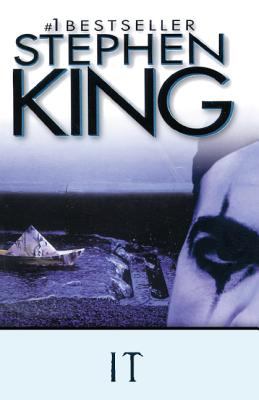 To the children, the town was their whole world. To the adults, knowing better, Derry, Maine was just their home town: familiar, well-ordered for the most part. A good place to live. It was the children who saw – and felt – what made Derry so horribly different. In the storm drains, in the sewers, IT lurked, taking on the shape of every nightmare, each one’s deepest dread. Sometimes IT reached up, seizing, tearing, killing . . . (Goodreads Description) 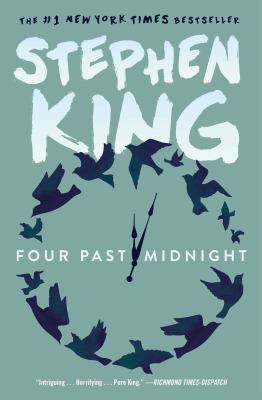 A collection of short stories where the survivors of a plane crash awake in a nightmare, a writer finds himself at the end of an accusing finger, a businessman struggles to uncover the evil driving him mad, and a ravenous dog inhabits a camera, in a horror quartet. 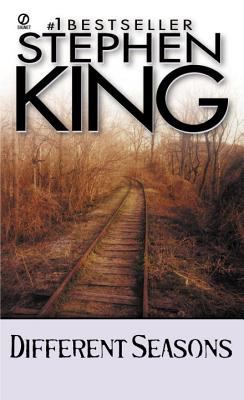 Four horror novels. One tale observes how two convicts react to prison life. Another examines how four boys locate the corpse of a child killed by a train.