Sometimes it’s the artwork or pictures on the cover that grabs you. Sometimes it’s the subject matter or author’s name. Other times it’s a recommendation from a friend or a captivating review from a reputable source. For me, in this particular instance, it was the unique title of the book that beckoned me to delve into its contents. Till We Have Faces is one of C.S. Lewis’ lesser known works.  Regardless of whether or not you fancy his other writings, I implore you not to miss out on this gem.

Till We Have Faces is C.S. Lewis’ reworking of the myth of Cupid and Psyche. In the original myth, Psyche’s beauty is so renowned mankind begins worshipping her in place of the goddess Venus. Invoked to a jealous rage due to this transfer of affection, Venus instructs her son Cupid to punish Psyche. Instead, Cupid falls in love with Psyche and whisks her away to a grand dwelling where he visits her each night under the cover of darkness for Cupid has forbidden Psyche to see his face. Believing him to be a hideous beast, Psyche’s sisters peer-pressure her into sneaking a peak at her lover while he is asleep. Psyche does so and Cupid flees leaving her abandoned to her own heartbreak. Psyche and Cupid are eventually reunited but only after Psyche is forced to complete several near-impossible tasks by Venus herself.

In Lewis’ version, the story is narrated from the perspective of Orual, Psyche’s older sister, who is known as much for her ugliness as Psyche is for her beauty. What starts with Orual’s bold accusations against the gods and demand for answers turns into a self-revelatory journey for her as she wrestles with her understanding of love and truth and justice and the question of whether we can discern anything correctly until we remove our “veils.”

Rich in metaphor, this novel contains both complexity and depth, and as I’ve discovered, it rewards numerous readings. Till We Have Faces is an exquisite piece of literature. It is rumored C.S. Lewis considered this novel his best. Why not surrender to curiosity, read it, and find out why?

“When the time comes to you at which you will be forced at last to utter the speech which has lain at the center of your soul for years, which you have, all that time, idiot-like, been saying over and over, you’ll not talk about joy of words. I saw well why the gods do not speak to us openly, nor let us answer. Till that word can be dug out of us, why should they hear the babble that we think we mean? How can they meet us face to face till we have faces?” 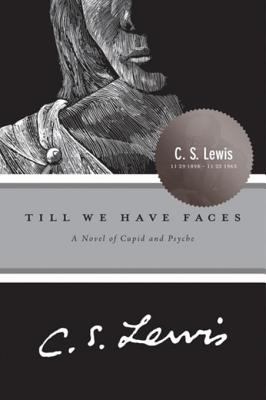 Till We Have Faces

Using the myth of Psyche and Cupid, Lewis weaves a fantasy, incorporating some of his persistent ideas on the forces that work in the soul of man. Orual, queen of a fictional kingdom in ancient times, tells the story.