Me: “OK Google, find me some books about robots.”

Whoa.  We live in a world where we can ask a robot to find books about robots.  Umm, maybe I should be worried about my job?

No, of course not.  At first thought, I want to dismiss this list and tell you that a real live person will give you a much, much better list that Google, because of course Google doesn’t really know you in the way a librarian can get to know you in a conversation.  And how good can book recommendations be if we don’t know who you are?  But then I find myself relenting and allowing for the possibility that Google’s list isn’t all that bad and not only shows books I might not have thought of but also shows what people generally think is popular.  It also shows what advertisers want you to see and that makes me suspicious all over again.

And this transition of suspicion to trust, of distance to familiarity is exactly what makes The Wild Robot (269  pages) such a great book.  A robot, packed in a crate and lost at sea during a storm, arrives on an island uninhabited by humans.  But it is very well populated by wildlife.  The robot is the only one of it’s kind to survive the storm, so with no point of reference it begins to explore the island and try to survive.  The terrain and weather prove to be big enough obstacles for Roz (the robot’s pre-programmed name) but surviving becomes even more challenging when the island’s animal residents declare her a ‘monster’.  Roz realizes that the key to survival is to study the animals who are so adept at it but she cannot seem to make any connection until she decides to adopt a tragically orphaned gosling.  This act of commitment is the beginning of trust between her and the animals and that is when the story gets really interesting.  Roz’s ability to survive is put to the test throughout the seasons and some even more harrowing experiences involving her origin.

If this kind of story appeals to you, you might also take a look at Little Robot.  It’s  similar story but told in nearly wordless graphic novel format.  A small robot is a package is lost (this time by a truck hitting a bump) and discovered by a curious young girl.  The pair quickly form a bond, the girl showing the robot how to navigate and survive the world, and the robot showing the girl some of its impressive ability.  But the robot’s origin quickly catches up with it in the form of a frightening tracker robot programmed to bring back the wayward unit.  Of course, once free, who would ever want to go back to a life of servitude?  But of course, how will the girl and the robot escape the much more powerful pursuer?  The action of these scenes is heightened by the fast pace made possible by the panel glimpses that only graphic novels can provide. 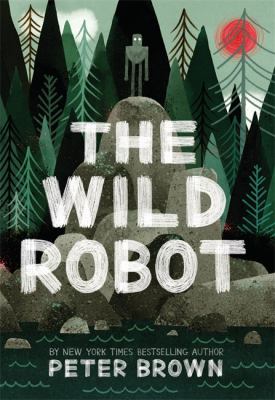 Roz the robot discovers that she is alone on a remote, wild island with no memory of where she is from or why she is there, and her only hope of survival is to try to learn about her new environment from the island’s hostile inhabitants. 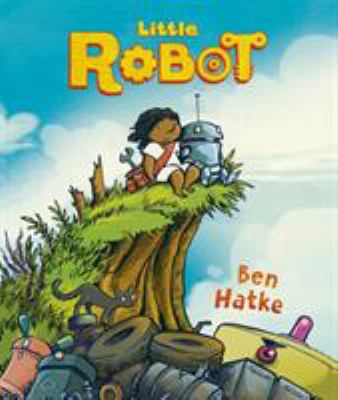 When a little girl finds an adorable robot in the woods, she presses a button and accidentally activates him for the first time. Now, she finally has a friend. But the big, bad robots are coming to collect the little guy for nefarious purposes, and it’s all up to a five-year-old armed only with a wrench and a fierce loyalty to her mechanical friend to save the day! Presented in comic book format.