Pittsburgh’s own Ed Piskor compiles the lives of several notable hackers, along with a host of early-internet stories, into a fictional biography of Kevin “Boingthump” Phenicle, who starts out as a young kid scamming buses and pizza places and grows into a FBI-most-wanted but still relatable adult. You may have never been curious about how the phone network evolved into the internet of today but this graphic novel makes that old world interesting by showing how hackers exploited it, and Piskor’s clear and comic illustrations make the whole process easy on the eyes.

NB: “Wizzywig” refers to WYSIWYG, a common anagram employed by computer programmers meaning “What You See Is What You Get”. 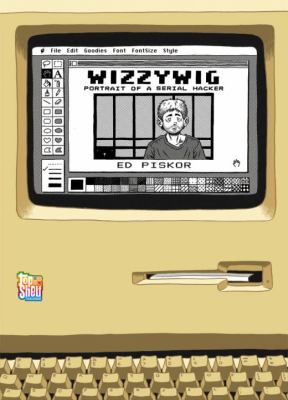 They say “What You See Is What You Get”… but Kevin “Boingthump” Phenicle could always see more than most people. In the world of phone phreaks, hackers, and scammers, he’s a legend. His exploits are hotly debated- could he really get free long-distance calls by whistling into a pay phone? Did his video-game piracy scheme accidentally trigger the first computer virus? And did he really dodge the FBI by using their own wiretapping software against them? Is he even a real person? And if he’s ever caught, what would happen to a geek like him in federal prison? Inspired by the incredible stories of real-life hackers, Wizzygig is the thrilling tale of a master manipulator – his journey from precocious child scammer to federally-wanted fugitive, and beyond. In a world transformed by social networks and data leaks, Ed Piskor’s debut graphic novel reminds us how much power can rest in the hands of an audacious kid with a keyboard.