I recently began to reread Charlotte Brontë’s Jane Eyre after a gap of (I’m ashamed to say) more than ten years.  I was surprised and enchanted to find that, with so many other books and life experiences between, it is like reading the book anew.  Brontë’s language is both sweeping and precise, lyrical and dark.  I was quickly caught up in the trials of young Jane, with no kin to love her, who is sent to a school beset with consumption and tuberculosis.  Her close friend dies but Jane survives, becomes a teacher, and moves onto life as a governess for the French child Adèle at the English manor of Thornfield.

Just when Jane is settling into a quiet life with the other servants and her charge, the master of the house arrives.  Rochester is quick-tempered and brooding, and when he asks Jane one night if she thinks him handsome she unabashedly answers, “No.”  Jane herself has never been declared as beautiful, but Rochester begins to endearingly call her “elf” and “sprite” and suggests that she is from the land of Faerie.  Their romance blooms, many-layered and complex, but having read this book before I knew they were headed for misfortune.

Rochester hides a secret, and she is kept in his attic.  Jane finds out almost too late that Rochester is married.  Though it is a loveless union, his spouse inarticulate and almost inhuman, their marriage still stands and Jane flees.  She escapes the life of impropriety that he offers her and leaves the all-encompassing love he provides her.  At this time Jane almost dies, and you can’t help but feel that if it weren’t for the evil being in Rochester’s attic that everything would end happily ever after.

But Rochester’s is not the only side of the story.

Brontë wrote Jane Eyre in 1847.  In 1966, more than a century later, another authoress by the name of Jean Rhys wrote The Wide Sargasso Sea.  A postcolonial novel that beings in Jamaica, The Wide Sargasso Sea tells the story of Antoinette Cosway who marries an unnamed English gentleman.  He emotionally abuses her, openly cheats on her, and takes her identify from her by renaming her Bertha.  Antoinette understandably becomes paranoid and unbalanced.  Her husband declares her mad and whisks her back to his homeland, a place that is strange and oppressive to Antoinette.  Her husband confines her to the attic of a large house, and there her life disintegrates.

I’m sure you see some parallels.  I read The Wide Sargasso Sea more recently than Jane Eyre, but long enough ago that the details are hazy.  I remember being surprised by the poverty and racial tensions of young Antoinette’s life, the use of magic and the death of her family members.  I remember thinking that Rhys’s words were beautiful and that the story was tragic.  I will reread her tale next, and reacquaint myself with how Antoinette became Bertha: Brontë’s madwoman in the attic. 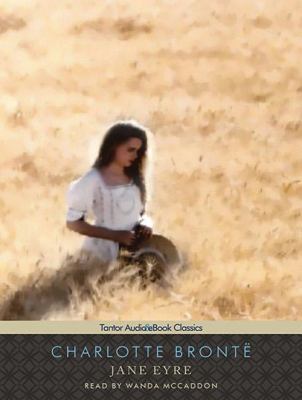 Orphaned as a child, Jane has felt an outcast her whole young life. Her courage is tested once again when she arrives at Thornfield Hall, where she has been hired by the brooding, proud Edward Rochester to care for his ward Adèle. Jane finds herself drawn to his troubled yet kind spirit. She falls in love. Hard. But there is a terrifying secret inside the gloomy, forbidding Thornfield Hall. Is Rochester hiding from Jane? Will Jane be left heartbroken and exiled once again? (Goodreads Description) 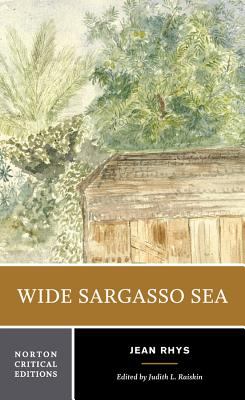 Born into an oppressive, colonialist society, Creole heiress Antoinette Cosway meets a young Englishman who is drawn to her innocent sensuality and beauty. But soon after their marriage, rumors of madness in her family poison his mind against her. He forces Antoinette to conform to his rigid Victorian ideals. (Goodreads Description)