As my “to-read” piles get taller and taller, I find that audio-books help me to keep those piles in check. But even better, they are often my preferred way to “read” a book, especially if it’s performed by a skilled narrator.

I recently listened to the audio-book version of Agatha Christie’s Murder on the Orient Express, performed by David Suchet, the same actor who plays the infamous character “Hercule Poirot” in the televised BBC productions. Suchet is such a talented character actor, that he deftly manages all the voices of the book’s characters regardless of age, gender and national origin. He truly brings this book to life.

In Killers of the Flower Moon, I was pleasantly surprised when I discovered that one of my favorite audio-book narrators was one of the contributors to this audio-book. (I’ve been a fan of Will Patton’s audio-book narration for years now, after first hearing his narration of Charles Frazier’s Cold Mountain.) The audio version of this true-crime history is broken up into three sections, and thus three voices, of which Mr. Patton is one of the narrators. His voice provides a smooth, clear, and slightly southern drawl fitting for the characters he narrates.

My final listening recommendation is Barkskins. This is an intricate tapestry of a family epic by the acclaimed author, Annie Proulx. The audio-book is 21 CD’s (26 hours) long, and the narrator, Robert Petkoff, provided a remarkable performance as he weaved his way through the family-tree of characters, including those of various European nationalities and languages, Native Americans, male, female, old, young… You name it, he nailed it. Given the length of the novel, and the large cast of characters, he succeeded in keeping true to the various voices and keeping the listener engaged.

Audio-books are available in various formats, including downloadables through OverDrive Listen. Check one out today! 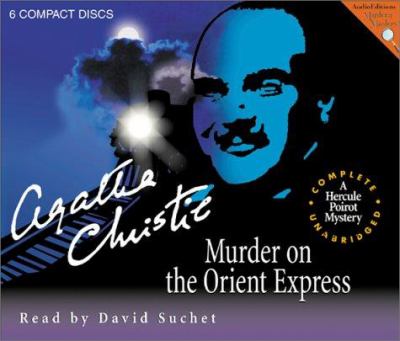 A Russian princess, a Hungarian count, a Swedish beauty, and an assortment of Americans, English and French are brought together on the elegant Orient Express. A brutal murder and an unexpected blizzard bring in the vacationing Hercule Poirot. 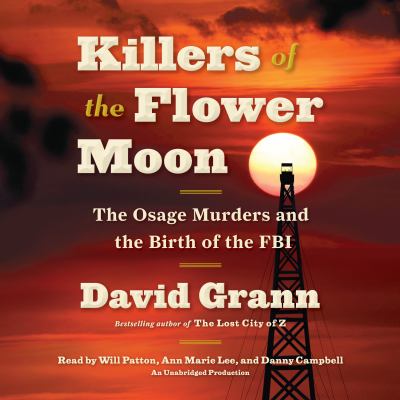 Killers of The Flower Moon

An intriguing tale, and remarkable history of an early 20th century murder spree, and the beginnings of the FBI. Members of the Osage Tribe are being murdered, and this seems to be tied to their new-found wealth during the oil boom in Oklahoma. 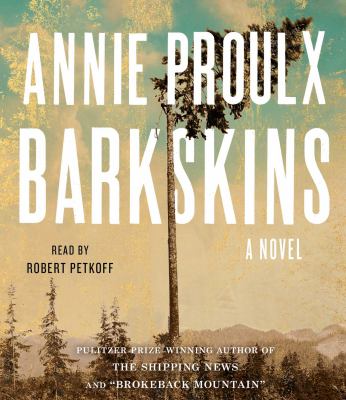 From Annie Proulx–the Pulitzer Prize- and National Book Award-winning author of The Shipping News and Brokeback Mountain –comes her masterpiece, ten years in the writing: an epic, dazzling, violent, magnificently dramatic novel about taming the wilderness and destroying the forest, set over two centuries…Proulx tells the stories of the children, grandchildren, and descendants of these two lineages, the Sels and the Duquets, as well as the descendants of their allies and foes, as they travel back to Europe, to China, to New England, always in quest of a livelihood or a fortune, or fleeing stunningly brutal conditions–accidents, pestilence, Indian attacks, the revenge of rivals.