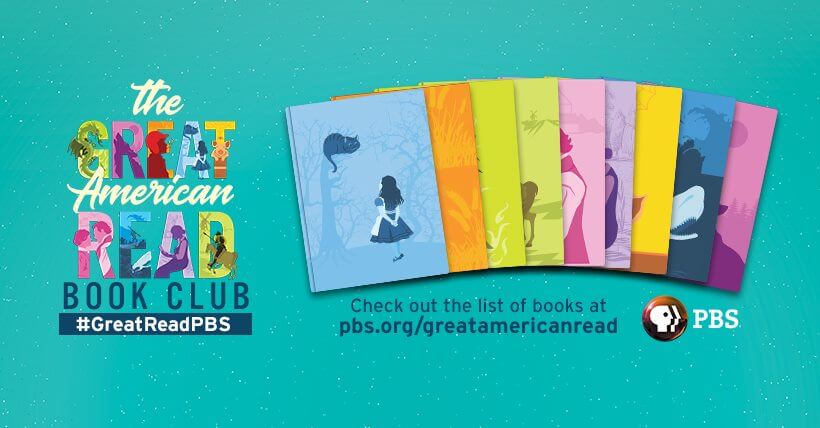 I love books: reading, and literacy go hand in hand with why I want to work at the library after all.  But recently one of our patrons brought something to my attention, and I realized how little I have read as far as what other Americans are reading.  What the patron introduced me to was PBS’s The Great American Read.  The Great American Read is an eight part series on PBS about reading with a specific focus on America’s 100 favorite novels, which were chosen in a national survey.

I have read a few of the titles, actually some of my favorites are on the list like The Brief and Wondrous Life of Oscar Wao(DB65402), The Alchemist (DB37602), and The Picture of Dorian Gray (DB 11341), among others, there are many titles on here that I’ve been meaning to read for a long time.  I don’t plan on reading all 100 anytime soon, but here is a list of some of the titles from the list that I’ll be giving priority to:

A Confederacy of Dunces (DB15948 ) by John Kennedy Toole – Comic novel centers on Ignatius J. Reilly, huge and obese, who lives with his muscatel-drinking mother in a ramshackle house in New Orleans. A fastidious slob, a mad Oliver Hardy, a fat Don Quixote, and a perverse Thomas Aquinas, Ignatius is in revolt against the modern age. When his mother has a car accident, she insists he get a job and pay for the damages.

Dune (DB44126) by Frank Herbert   – In this science fiction novel with sociological and religious overtones, an exile with psychic powers becomes the prophet of the savage people on the planet Dune. Prequel to Dune Messiah.

White Teeth (DB50261) by Zadie Smith – Set in London and spanning some twenty-five years, these are the misadventures of World War II buddies Archie Jones, an Englishman, and Samad Iqbal, a Bengali Muslim. Encompassing their marriages and offspring, their story explores religion, ethnicity, and gender.