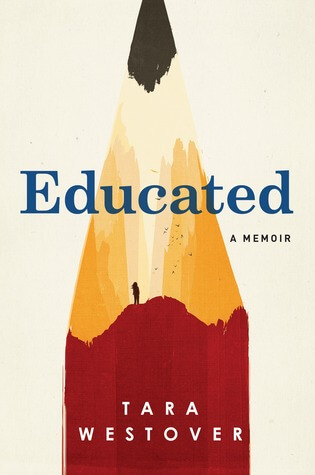 At the end of last year Tara Westover’s memoir Educated (DB 90188) had popped up on my radar more than a few times. After half a dozen mentions I finally placed the book on hold even though I already had too many books checked out (#libraryworkerproblems). Up late babysitting, I burned through a large portion of the book in awe as I read about the experiences Tara survived as a kid. Tara grew up in the Idaho Mountains to a survivalist Mormon family, they stock piled tons of food, were “home-schooled” and believed doctors to be corporate spies trying to kill people. Tara didn’t even have a birth certificate until she was roughly nine years old because she was born via a midwife and there was considerable inconsistency on her exact birth date. A line that stuck me during this particular part of the book was the reaction Tara had when she finally received her Birth Certificate in the mail,

“It felt oddly dispossessing, being handed this first legal proof of my personhood: until that moment, it had never occurred to me that proof was required” –Tara Westover in Educated pg 20

As the book progresses, the problems Tara faced growing up become more and more grim. Tara was physically bullied by her older brother while her parents turned the other cheek. Her Dad put her and her siblings lives at risk on multiple occasions and, when Tara wanted to get into the arts it was her brother found every which way to verbally abuse her into giving up. It is undeniable that this book is a hard read not only because of her hardships but because of her constant uncertainty in what is the “right” path to take.

Tara struggles to figure out her identity both apart of and separate from her family. She grew up only knowing what her family taught her which proves difficult to step away from. Someone close to me had this thought about tough family members and I have echoed it many times since. If you were to separate your family members from their personality, would you hang out with them? The obligation to family is sometimes solely based on the fact that they are related to you and there is this innate dedication to making it work, regardless if they are a “good person” or not. I think this is one of Tara’s biggest hills to overcome. She has a sense of responsibility to her upbringing but it clashes with the everyday world she comes to know throughout her education. It wasn’t as if her entire childhood was negative she has many fond memories of growing up, but when you put that in the perspective of the overwhelming amount of negativity and distrust from her childhood, it’s hard to ignore.

Overall the book is an intense must read for your next memoir, Tara Westover looks at the world in a new way that is fascinating to read.