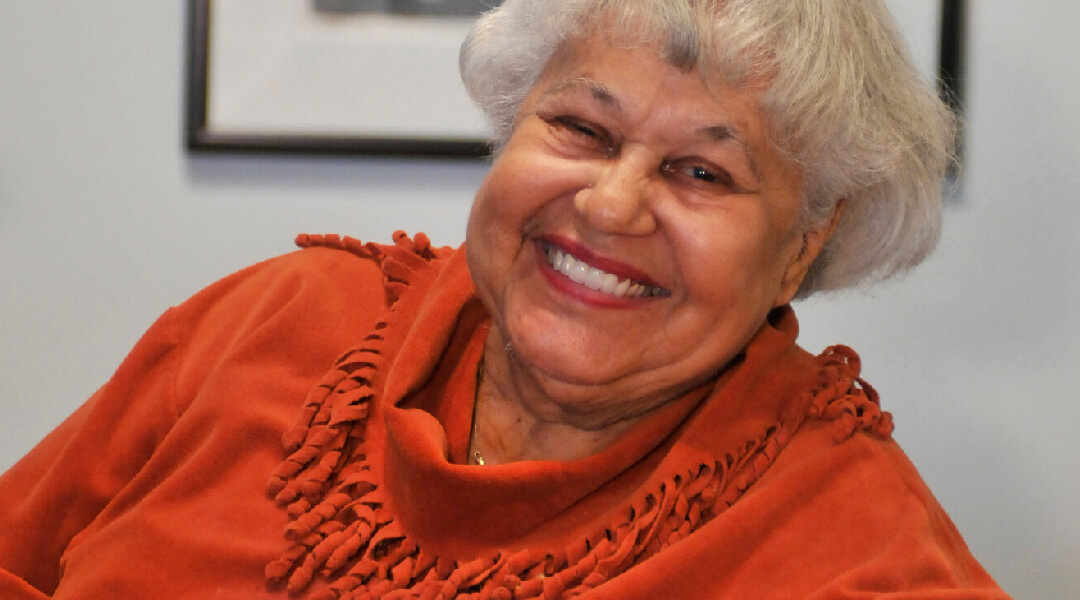 In December of 2022, members of Aurora Reading Club of Pittsburgh and Carnegie Library of Pittsburgh (CLP) presented a tribute celebration honoring the legacy of the late Vivian Davidson Hewitt in CLP – Homewood Auditorium. Ms. Hewitt, who died on May 29, 2022, at the age of 102, was a member of Aurora for 75 years and holds the distinction of being the first Black librarian employed by CLP. She was recognized as a trailblazer in Pittsburgh, nationally and internationally.

The Aurora Reading Club was organized in 1894, a year before the Library was founded. The club’s purpose is to pursue a systematic course of study…for the mutual improvement of the members in literature, art, science and matters relating to vital interests of the day.

“Vivian’s legacy as the first Black librarian in the Carnegie Library of system, seven decades later, is still making an impact. Her participation and contributions to Aurora throughout her 75-year membership expressed her true commitment to her interest in reading and the arts,” said Nadine Banks, President of Aurora. “Many members of Aurora, like Vivian, are making their mark in Pittsburgh. It’s important that we acknowledge and celebrate our contribution to Pittsburgh’s history.”

Andrew Medlar, President and Director of Carnegie Library of Pittsburgh, spoke about Ms. Hewitt’s contributions to literacy and learning. “Women of color have been trailblazers throughout the modern history of our profession of librarianship,” said Medlar. “Charlemae Hill Rollins and Vivian Harsh in Chicago; Augusta Baker in New York City; Clara Stanton Jones in Detroit; Dorothy Porter at Howard University; Effie Lee Morris in Cleveland; the fabulous Dr. Carla Hayden, our current Librarian of Congress; and, of course, Dame Dr. Vivian Davidson Hewitt in Pittsburgh.”

Medlar continued, “she was an exceptional educator, teacher, library pioneer, and citizen for many decades, and it is an honor to celebrate her life, which embodies knowledge and education. We are honored that her legacy remains a part of our Library’s enduring history.”

In celebration of the occasion, Ms. Banks, on behalf of the Club, presented Mr. Medlar with a contribution to support the essential services provided to CLP – Homewood.

Born February 17, 1920, in New Castle, PA, Hewitt loved books and libraries from a young age, having a library card as soon as she could print her name. She graduated from Geneva College in 1943 and then attended Carnegie Library School at Carnegie Institute of Technology, now known as Carnegie Mellon University, earning her Bachelor of Science Degree in Library Science in 1944. Hewitt is recognized by both Carnegie Mellon University and the University of Pittsburgh as an alumna. Upon graduation, Hewitt, who was an intern at the Wylie Avenue Branch, was employed as a librarian by Carnegie Library of Pittsburgh (CLP) in 1944, serving in the Hill District, before moving to the Homewood Branch in 1947.

After leaving her position at CLP in 1949, she moved to Atlanta where she worked at Clark Atlanta University and where she met her husband, John H. Hewitt, a professor at Morehouse College. She went on to serve as librarian for The Rockefeller Foundation and then for the Carnegie Endowment for International Peace. In 1978, Hewitt became the first Black president of the Special Libraries Association, a global nonprofit.

Hewitt received a number of awards during her career. She was awarded the Distinguished Alumni Citation from the University of Pittsburgh-Carnegie Library School Alumni Association, Merit Award from Carnegie Mellon University, and the L.H.D. from Geneva College. In addition to being recognized by her alma maters, she was recognized by the American Library Association, and in 1984 she was inducted into the organization’s Hall of Fame. In 2016, Queen Elizabeth II of Great Britain bestowed the title of Dame upon Hewitt for her work in the service of humanity. In 2017, Hewitt received an Honorary Doctor of Humane Letters degree at Carnegie Mellon University’s 120th Commencement. Over the course of more than 50 years, Hewitt and her husband amassed a significant collection of art, and a large part of that collection, known as the John & Vivian Hewitt Collection of African-American Art, is now permanently housed at the Harvey B. Gantt Center for African-American Arts + Culture in Charlotte, North Carolina.

Her autobiography, The One and Only: Vivian Ann Davidson Hewitt is available in the Library’s collection. A book describing her art collection, Instill & Inspire: The John & Vivian Hewitt collection of African-American Art, also is available. 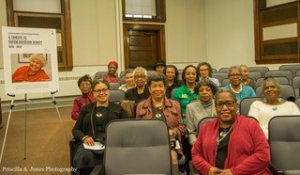 Aurora Reading Club of Pittsburgh was organized in 1894 by six pioneering women who envisioned a different educational and cultural experience for Negro women than available within the existing social order. It is the oldest African-American Women’s Club in Western Pennsylvania. The Club predates sororities and the National Federation of Colored Women’s Clubs, becoming the standard bearer of the slogan and theme of women’s social organizations at the turn of the 20th century, “Lifting as we Climb.” Official Club documents and records are archived at the John J. Heinz History Center. In 2024, Aurora Reading Club will celebrate its 130th anniversary.

About Carnegie Library of Pittsburgh

Carnegie Library of Pittsburgh is supporting individual achievement and strengthening the power of community. Through the community’s investment, the Library is enhancing the lives of people in the greater Pittsburgh region with dynamic and diverse resources such as creative learning programs for children and teens, job and career assistance for our community’s workforce, and free computer and internet access for all. Carnegie Library of Pittsburgh builds community, enables learning, provides access and values people. carnegielibrary.org.