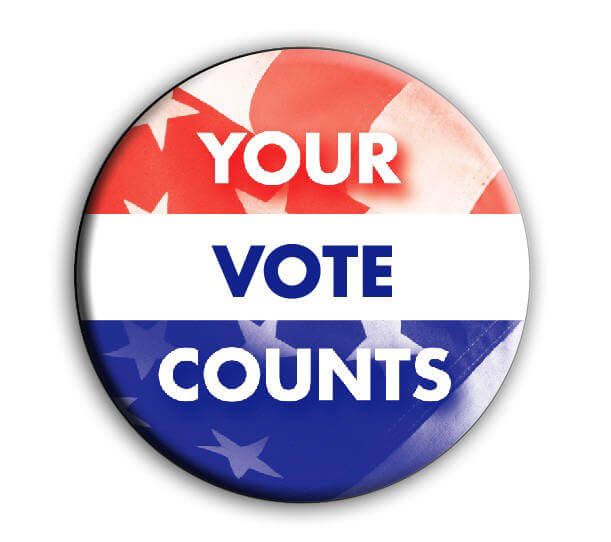 At Carnegie Library of Pittsburgh-Library for the Blind and Physically Handicapped, we are always tuned in to issues that improve accessibility in meaningful ways. Which is why, when our patron Christine Hunsinger did some work in Harrisburg to test the accessibility of potential new voting machines as a member of the Joint State Government Commission for Voter Technology in Pennsylvania, it caught our attention.

First, a brief bit of history.  The HAVA (The Help America Vote Act) was enacted in 2002, and ensured that no one should have to rely on another person to carry out their intentions at the ballot box. Since 2002, each polling place is therefore required by law to have at least one accessible voting machine at which a person with a disability can cast a ballot independently and privately.  Prior to this, a person with a visual impairment would have to vote by having a sighted person enter their selections for them.

” When I spoke to the People at the Pennsylvania Department of State, they indicated that they probably wouldn’t certify a machine that was not accessible. Since they won’t actually be certifying them until some time next year, it will be interesting to see if the only machines that are certified are also all accessible.”

One thing’s for sure though, the new voting machines in Pennsylvania need to produce voter marked paper ballots for all voters that can be matched against electronic records in the event of a recount.  In essence, voters will get a verifiable paper ballot that indicates how they voted.

Christine says, “A lot of the machines only print the choices that you make and not the full ballot. That is fairly typical for these voter verifiable paper trail ballots”

For more information on the Blind Voter experience check out this video of the same name by the National Federation of the Blind.

And, if you are Pennsylvanian who is not sure where you should go to cast your ballot, use this handy polling place finder from the PA Department of State.  It will tell you where you need to be on November 6th.  Now go vote!