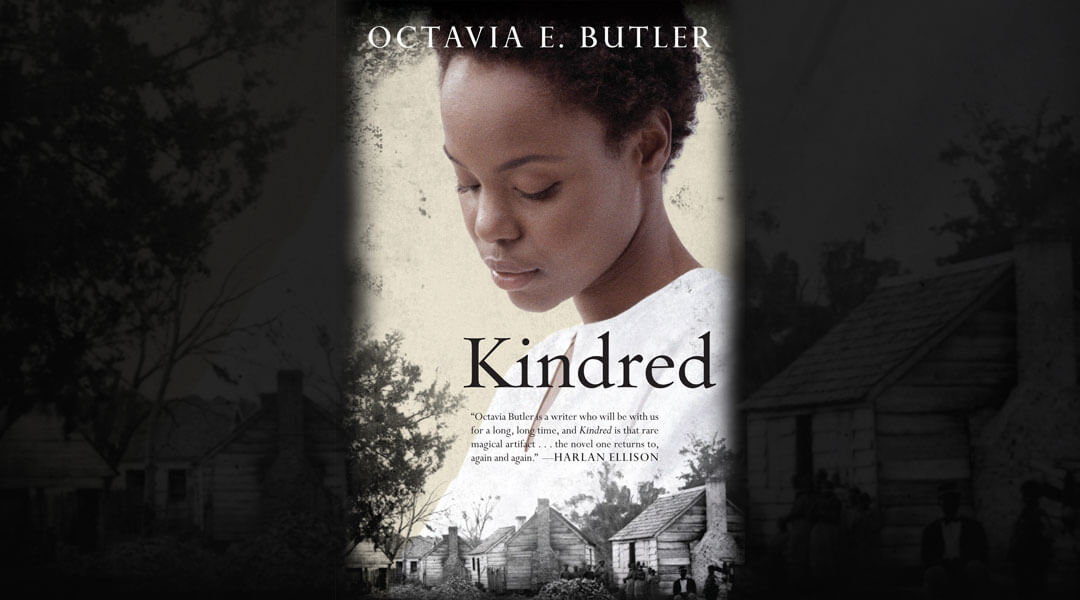 Kindred by Octavia Butler is one of the author’s most celebrated, critically acclaimed works. It tells the story of Dana, a young black woman who is suddenly and inexplicably transported from her home in 1970s California to the antebellum South. As she time-travels between worlds, one in which she is a free woman and one where she is part of her own complicated familial history on a southern plantation, she becomes frighteningly entangled in the lives of Rufus, a conflicted white slaveholder and one of Dana’s own ancestors, and the many people who are enslaved by him. We will be discussing Kindred on Thursday, March 17th, 2022, at 5:30 pm on Zoom. You can register for the discussion at our event page. The book is available for checkout in print, on Libby as an eBook, eAudiobook, and eBook Graphic Novel adaptation, and on Hoopla as an eAudiobook and eBook Graphic Novel adaptation.

Octavia E. Butler is a multiple award-winning science-fiction and speculative fiction author and the first science-fiction author to receive a MacArthur Fellowship. From the beginning of her professional career writing short stories in the early 1970’s, her work promoted female heroism and protagonists of color and challenged traditional hierarchies of gender, class, and ethnicity and the power structures built to sustain them.

Upon her death in 2006, the Carl Brandon Society created a scholarship in her name to enable writers of color to attend the Clarion Science-Fiction Writers Workshop which Butler herself attended, getting her first published work in the 1971 Clarion anthology.

In 1986, Sandra Y. Govan writes about Butler’s historical fiction in the literary journal Melus, stating that “Butler’s work stands on the foundation of traditional form and proceeds to renovate that form.” Of Kindred in particular, she says that “Without turning to an actual slave narrative, there probably is no more vivid depiction of life on an Eastern Shore plantation […] Kindred, however, is entertaining and compelling; yet for all the history it enlivens, the average reader absorbs the information without any awareness of an inherently didactic purpose framing an exciting, action-filled story.” Kirkus Reviews says that it is a “searing, caustic examination of bizarre and alien practices on the third planet from the sun.”

Modern reviewers agree. The Black and Bookish blog says that their “last book hangover came from Octavia Butler’s most notable work about time travel, family ancestry, and sacrifice, Kindred”, defining a book hangover as a reading experience that “leaves such an intense mark on your life that you are a bit unfocused and unable to continue on with your day.”

The graphic novel adaptation of Kindred, by Damian Duffy and John Jennings, won a Bram Stoker award for Superior Achievement in a Graphic Novel, as well as an Eisner Award for Best Adaptation from Another Medium. The adaptation was also one of the titles selected for 2018’s Great Graphic Novels for Teens, as a Top Ten pick.

In the spirit of Kindred, these speculative fiction titles draw upon the destructive legacies of colonialism and racism in order to craft imaginative alternate histories: 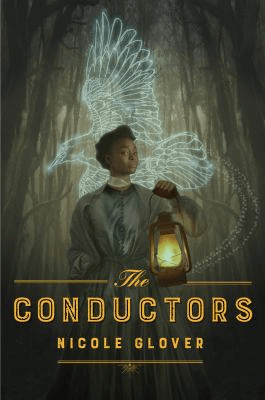 The Conductors by Nicole Glover, 2021

Hetty Rhodes and her husband were Conductors on the Underground Railroad, ferrying dozens of slaves to freedom with daring, cunning and magic. With the war over, those skills find a new purpose as they work to solve a murder that white authorities would otherwise ignore. 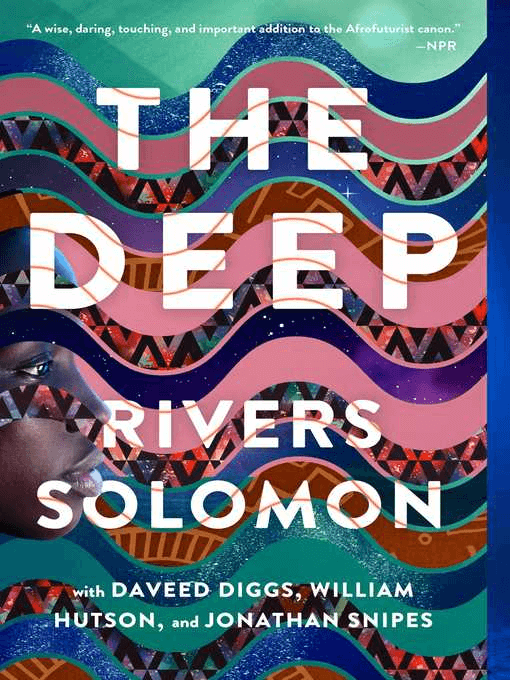 The water-breathing descendants of African slave women tossed overboard have built their own underwater society–and must reclaim the memories of their past to shape their future.

When Yemaya, a young ocean deity of the Yoruba people, is ripped from her home and taken to antebellum America, she must realize her own innate power as she travels the Underground Railroad and crosses paths with icons of our history on her road to freedom.

This title is available for checkout in print. 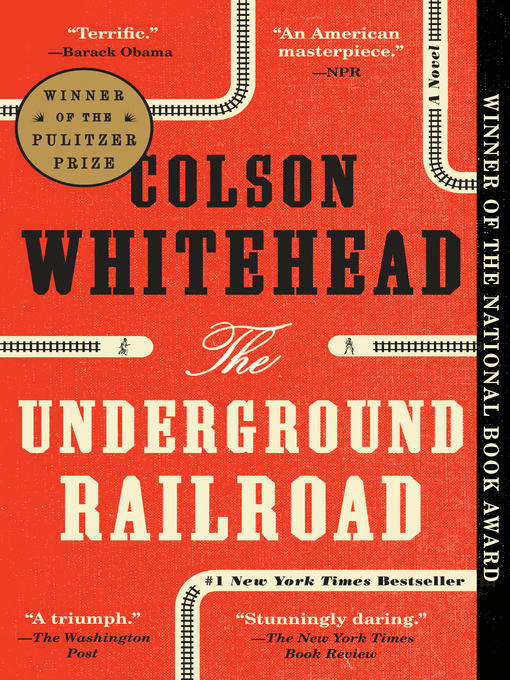 The Underground Railroad by Colson Whitehead, 2016

Cora, a young woman enslaved on a cotton plantation in Georgia, embarks on a harrowing flight towards freedom in a world where the Underground Railroad is reimagined as a literal secret network of tunnels and tracks, operated by engineers and conductors beneath the Southern soil.

The Water Dancer by Ta-Nehisi Coates, 2019

When Hiram, a man born into slavery, is nearly killed in a drowning accident, he discovers he possesses a mysterious gift to travel between worlds–a gift that could potentially be harnessed in an underground battle for liberation.