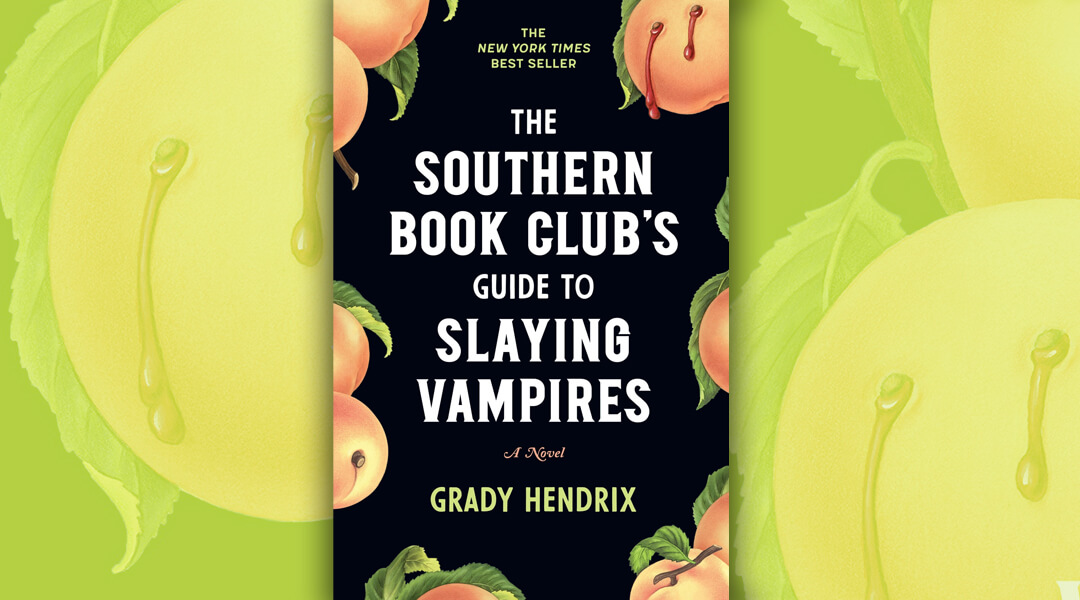 The Southern Book Club’s Guide to Slaying Vampires by Grady Hendrix is described by its publisher as “Steel Magnolias meets Dracula” and concerns a woman in Charleston, South Carolina, who starts to suspect that her new love interest may be connected to the children going missing in town – and she only has her book club to help her investigate.

We will be discussing this book on Thursday, April 21st, 2022, at 5:30 pm on Zoom. You can register for the discussion at our event page. The Southern Book Club’s Guide to Slaying Vampires is available in print, as an eBook on Libby, in eAudio on Libby, and in eAudio on Hoopla.

What stands out about The Southern Book Club’s Guide to Slaying Vampires is “how it captures the multifaceted nature of horror” according to the review at Women Write About Comics. While the premise may sound like a gimmick, they write that author Hendrix “takes the time to craft a multi-layered and believable community in which to locate his tale.”

Of the main character Patricia, Kirkus Reviews says, “It’s gratifying to see her grow from someone who apologizes for apologizing to a fiercely brave woman determined to do the right thing—hopefully with the help of her friends.” They conclude that “Fans of smart horror will sink their teeth into this one.”

You can read about how Hendrix’s hometown inspired the book and get his vampire fiction recommendations in this interview with the LA Public Library.

A bidding war for the television rights to this book took place before the official publication date! Eventually Amazon Studios won out, and the project is currently in development.

Grady Hendrix is known for his enthusiasm for the history of true crime and horror, and for pulp horror novels of the 70s and 80s – and his humorous, inventive, and chilling horror fiction! He often writes articles for Tor.com and NPR about media recommendations, literary history and other subjects. 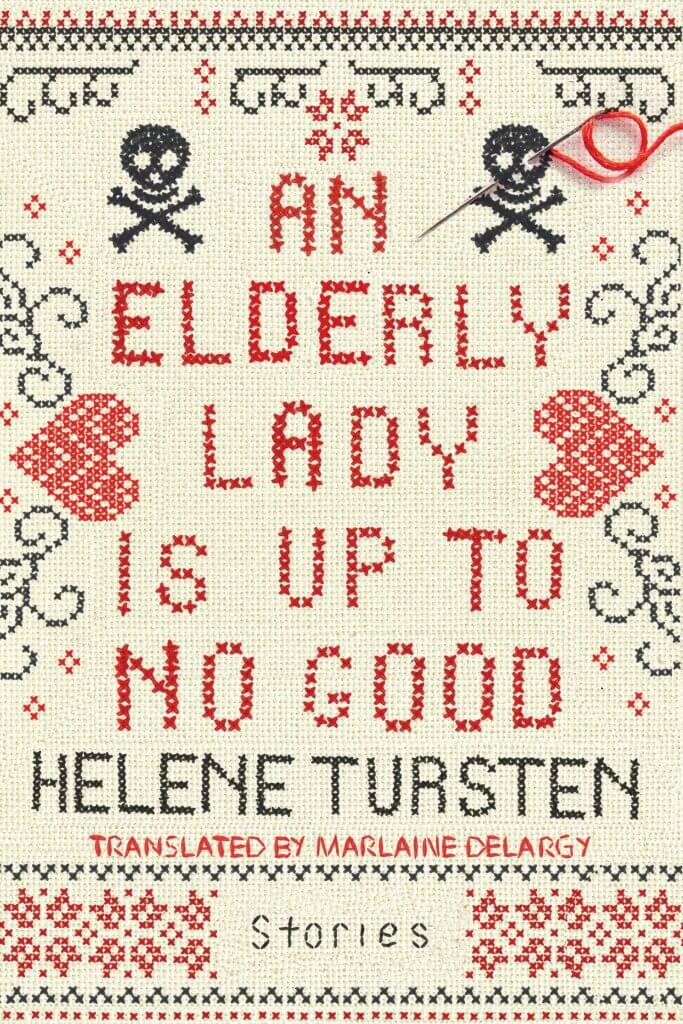 Maud, a seemingly mild-mannered 88-year-old Swedish widow, is perfectly willing to use wiles and sometimes deadly force to defend her independent lifestyle. Funny and irreverent, Maud’s antics will keep you laughing all the way to the retirement home. Available in print, as an audiobook on CD, as an eBook or eAudio from Overdrive/Libby, and as eAudio from Hoopla. 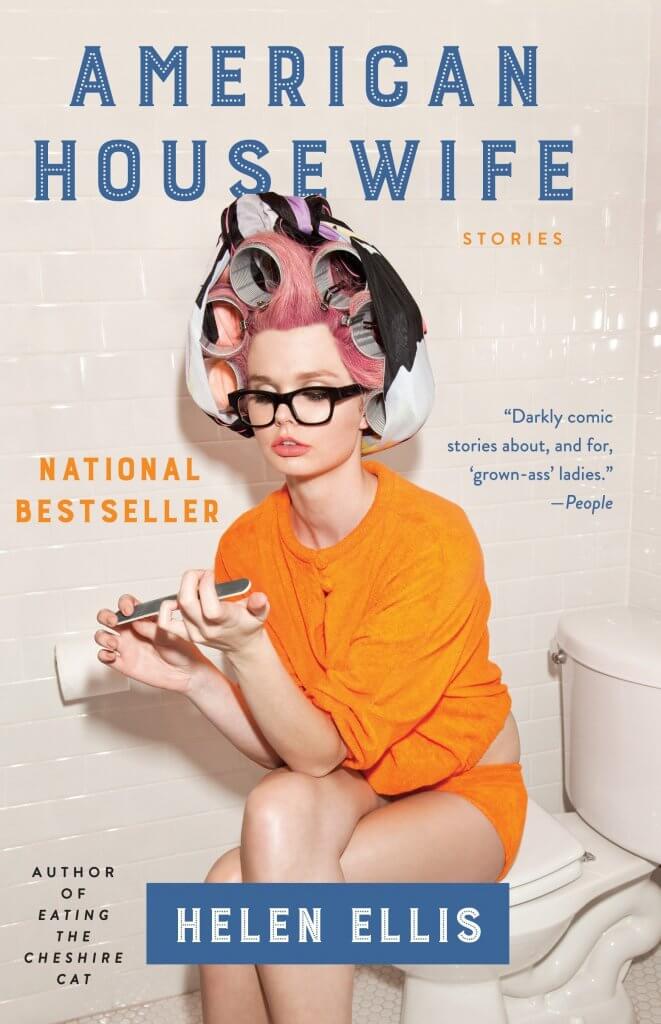 A collection of stories featuring conventional, if ruthless, housewives. The ladies in these stories seem to be living lives that are enviable in the extreme, but then slowly, the layers are pulled away, and the truth is revealed. Available in print, as an audiobook on CD, and as an eBook or eAudio from Overdrive/Libby.

Meeting weekly in their retirement village’s Jigsaw Room to exchange theories about unsolved crimes, four savvy septuagenarians propose a daring but unorthodox plan to help a woman rookie cop solve her first big murder case. Available in print, in audio as a Playaway and as an eBook and eAudio from Overdrive/Libby. 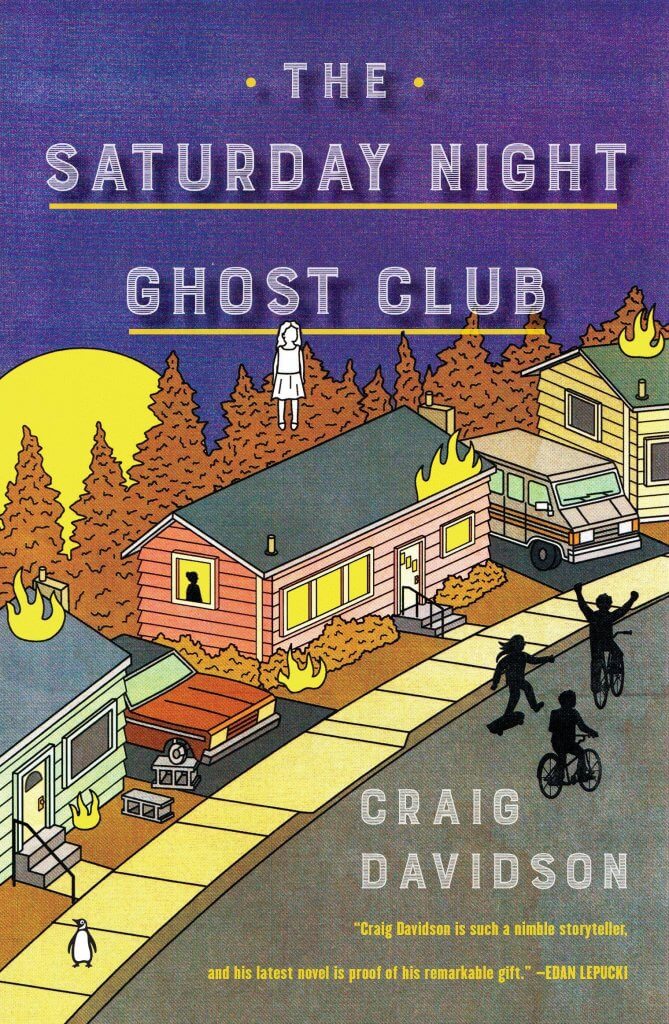 Growing up in 1980s Niagara Falls – a seedy but magical, slightly haunted place – Jake Baker spends most of his time with his uncle Calvin, an eccentric enthusiast of occult artifacts and conspiracy theories. The summer Jake turns twelve, he befriends a pair of siblings new to town, and so Calvin decides to initiate them all into the ‘Saturday Night Ghost Club.’ What begins as a seemingly light-hearted project may ultimately uncover more than any of its members had imagined. Available in print and in eBook and eAudio from Overdrive/Libby. 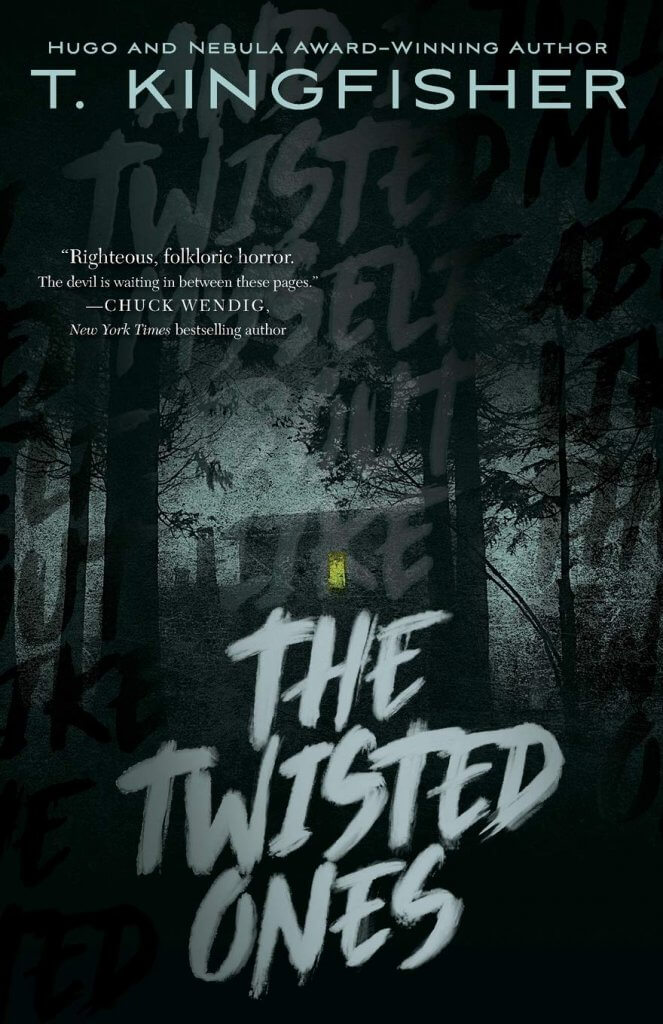 When Melissa (aka Mouse) is asked by her father to clean out her grandmother’s house, she heads to North Carolina. After a few days digging through junk, she unearths a rambling journal belonging to her step grandfather, which tries to retell a fairy tale. Everything in it sounds like the ravings of a man losing his mind until bizarre creatures show up outside Mouse’s window. Available in print and in eBook and eAudio from Overdrive/Libby.