On September 1, 1994, I was an eight year old living in North Carolina, my biggest worry being where I would ride my bike after school.

On September 1, 1994, Robert Sandifer was an eleven year old living in Chicago, shot twice in the back of his head by two people he confided in.

Before his death, Robert killed Shavon Dean, a fourteen-year-old he knew. He did not know he would take her life. After reading the graphic novel, Yummy: The Last Days of a Southside Shorty, written by G. Neri and illustarted by Randy DuBurke, my heart ripped for Shavon, but also for Robert Sandifer, aka “Yummy”. While Robert’s life was riddled with crime and ended in murder followed by his own death, the compassion I felt for Robert left me conflicted. Here is why:

Black and white graphic illustrations guide us along the streets of Chicago as Roger, the narrator of Yummy, tells us this story. Roger knew of Yummy, aka Robert, the nickname being an indication of Robert’s love for sweets. While he was short in stature and looked innocent, Yummy belonged to the Black Disciples, a gang that ruled the Chicago streets. Seeking their approval, Yummy fired several shots that killed Shavon Dean, an aspiring hairdresser that everyone knew, even Yummy. Yummy immediately fled, his image plastered on television screens for the world to see.

Roger knows Yummy is hiding out somewhere, but where is the question. With Yummy being a child, but society and its manhunt seeing him as an adult, Roger also knows that Yummy is scared. What exactly happened in Robert Sandifer’s short life to make him turn to gangs and murder at eleven years old? Yummy’s father was absent and in prison, Yummy’s mother had been arrested dozens of times for drugs and prostitution. On top of this, his mother beat her children, including Yummy. Yummy lived with his grandmother, with up to twenty of her other grandchildren. It was easy for Yummy to sneak away whenever he wanted, going wherever he pleased. Yummy went from stealing, to robbing houses, to stealing cars, racking up an extensive criminal record by age eleven. That didn’t stop him from carrying a teddy bear wherever he went, an indication that somewhere there was still a child inside.

Pledging to the Black Disciples meant Yummy now had a place to belong, a “family” of sorts. The Black Disciples also knew that despite any crime Yummy committed, the worse he would get would be a stint in juvenile detention. When Yummy shot Shavon Dean, he had aimed for Black Disciples rivals. When Yummy shot Shavon Dean, he killed her, her dreams and anything she was ever meant to become. Knowing what he did was wrong, Yummy fled and hid out on the streets. Shavon’s mother used to take Robert Sandifer to church and watch him sing in choir. Not only was the loss of her daughter a shock, but the person who murdered her left Shavon’s mother in disbelief.

The Black Disciples shuffled Yummy from place to place, making it harder for the police to identify his whereabouts. Meanwhile, the news of his crime gained more momentum. The longer time went on without the police finding Yummy, the more the Black Disciples became tired of the attention. Yummy set out on his own, contacting his Grandmother to come and get him, but the Black Disciples had other plans and eventually found Yummy’s whereabouts. Gaining his trust, they informed him that they were moving him out of town, but that wasn’t what happened.

They went for a ride.

Parked in a pedestrian tunnel.

At his funeral, the only picture of Robert Sandifer was his mug shot.

His parents. The court system. Society.

Knowing that Shavon Dean would still be alive if Robert Sandifer’s life turned out different, haunts me.

The thought that Robert Sandifer’s life could have turned out to be the complete opposite if certain events didn’t occur is a thought that haunts me also. 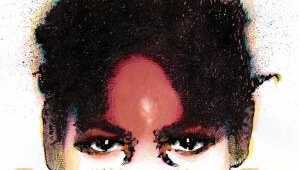 What’s done is done, but we can still bear witness.

Brittany is a Children’s Library Assistant at Main, where she enjoys reading stories, singing songs and ending her story times in a multitude of bubbles. Reading isn’t her only love; she also enjoys writing for children and adults alike.