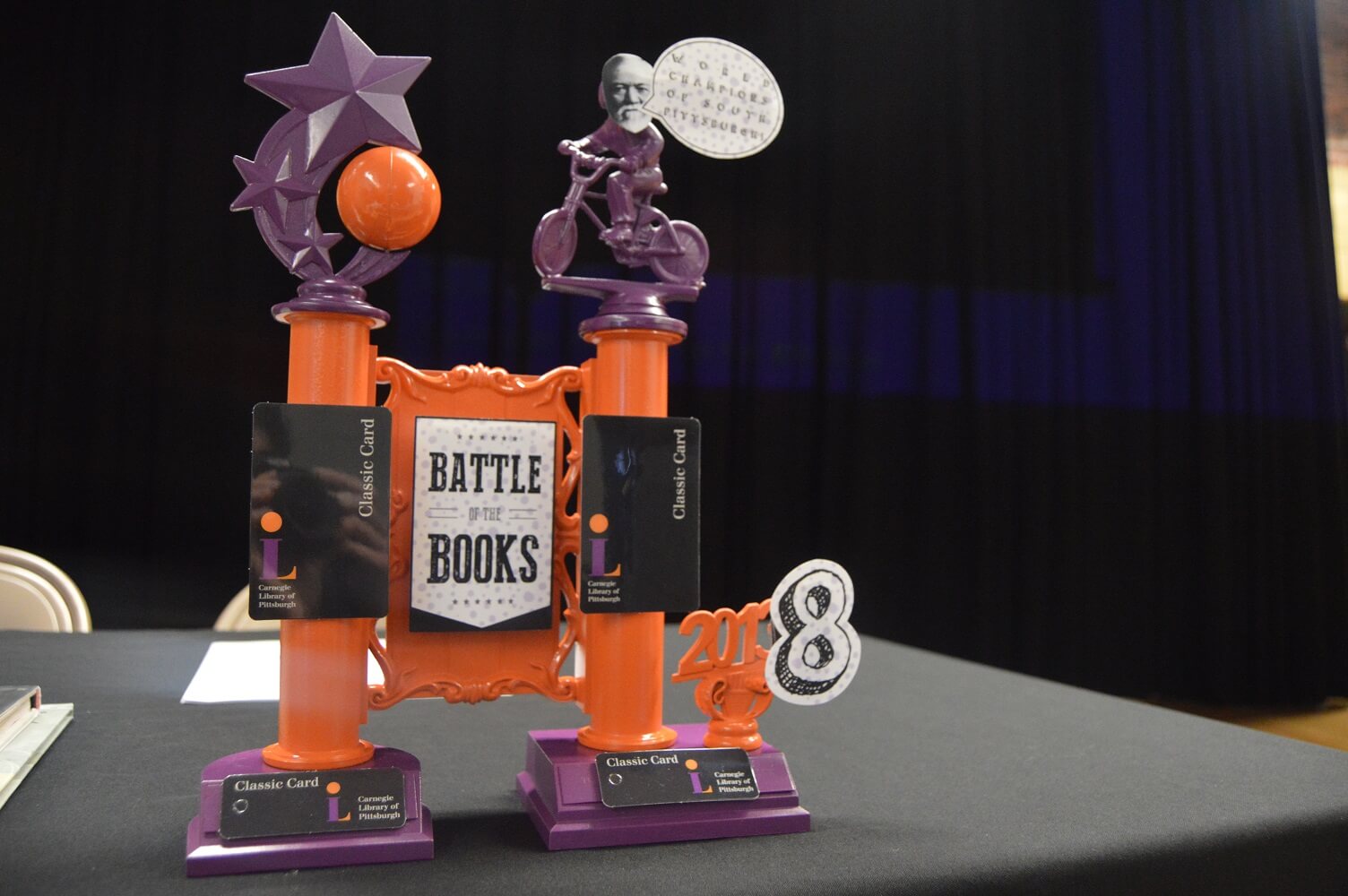 Ten books enter the arena, but only one will emerge victorious. The spectators rise to their feet, chanting the names of their favorite contenders, groaning and shouting as scraps of paper scatter to the dirt.

That may be the image that comes to mind when you hear “Battle of the Books”. The real event isn’t quite so… aggressive. It is, however, a lot of fun. Teams of middle and high school students read a list of ten books, drill each other, and remember as much as they can about the stories. They come together for a trivia competition where one team is crowned champion. 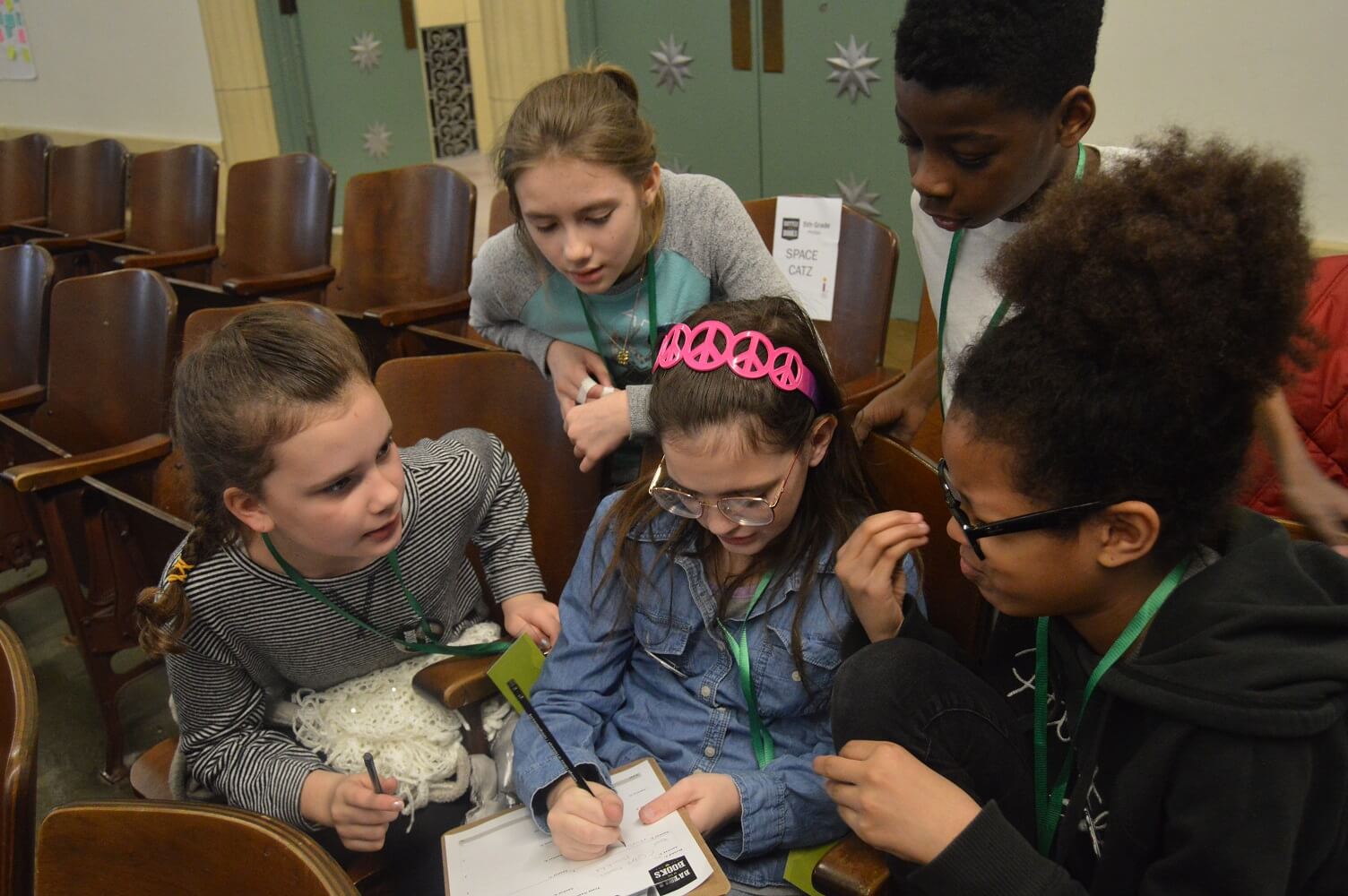 This year marked the very first Carnegie Library Battle of the Books for 5th graders. For this pilot project, we focused on a small handful of schools, but the response blew us away. Ten teams from five different schools participated, impressing the committee with their love of reading and their ability to recall information from the books. Competitors came from these Pittsburgh Public Schools: West Liberty, Roosevelt, Phillips, Brookline, and Concord. I also want to recognize the students of Mifflin, who signed up but were, sadly, unable to attend the competition.

Participants read the following titles: Apartment 1986 by Lisa Papademetriou, The Buried Bones Mystery by Sharon Draper, Crenshaw by Katherine Applegate, El Deafo by Cece Bell, Fuzzy Mud by Louis Sachar, Greenglass House by Kate Milford, Lowriders in Space by Cathy Camper, The Pants Project by Cat Clarke, Stormy Seas: Stories of Young Boat Refugees by Mary Beth Leatherdale, and The Wild Robot by Peter Brown. The list of books was carefully selected by the committee, with the aim of diversity in characters, genre, format, and style. 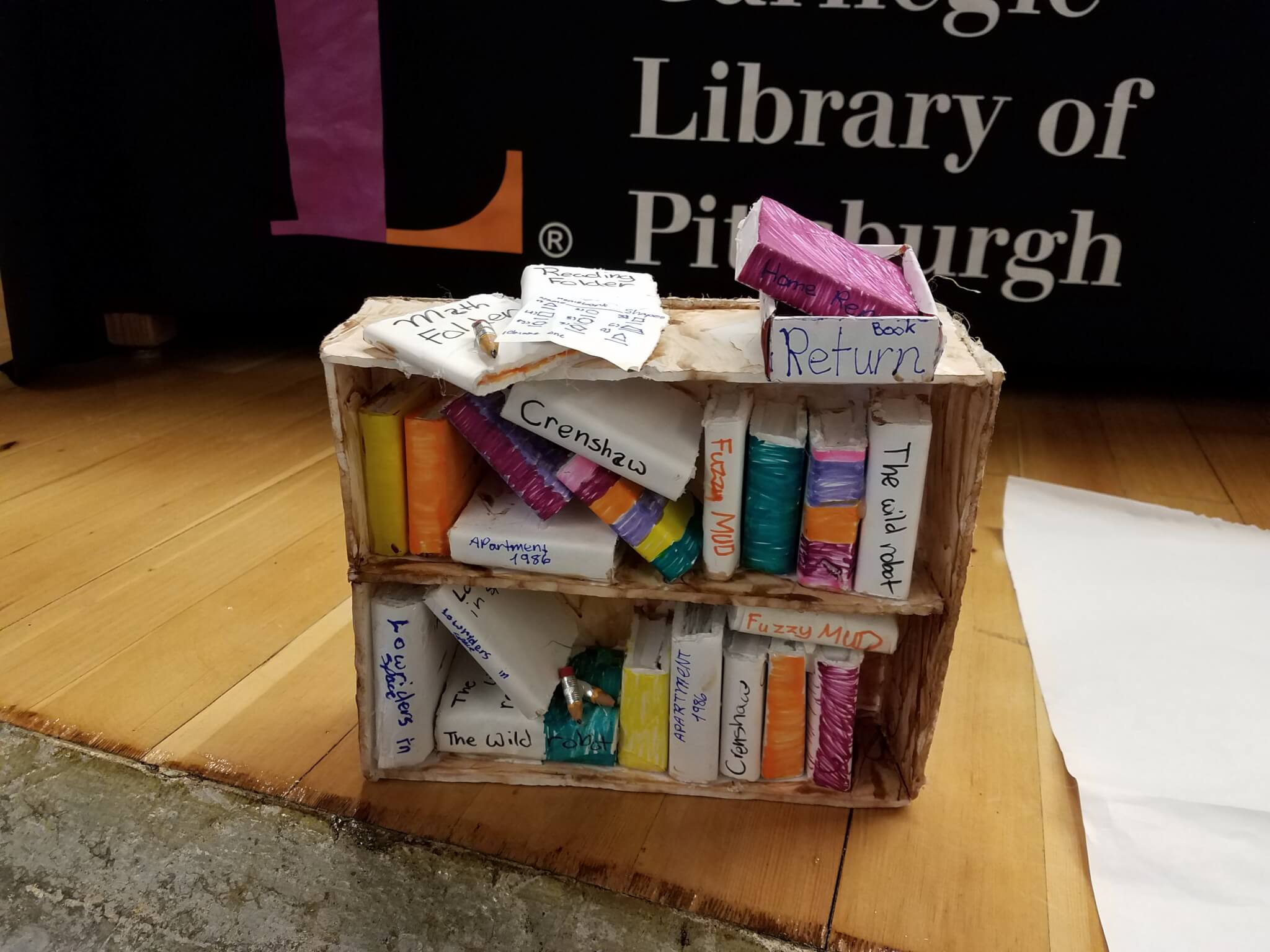 Before the event, teams had the option to create art projects for bonus points. Almost every team made one or more projects, showing great creativity. The competition itself consisted of three rounds of questions, and a bonus round that challenged teams to match the titles to the authors of all ten books. 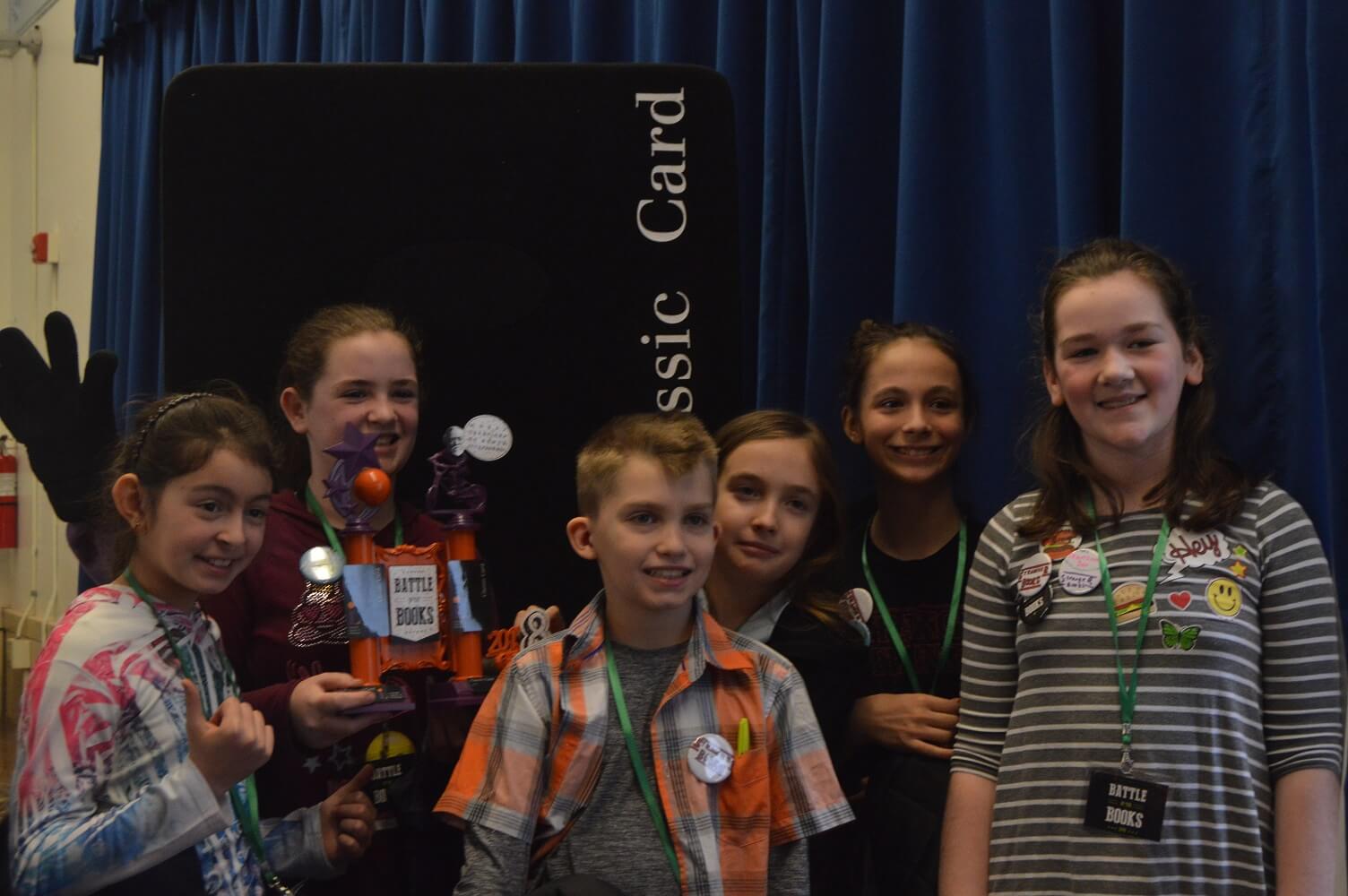 The winning team, Stranger Books from Phillips, received an awesome trophy to take back to their school. It will really stand out in their trophy case.

The competition wrapped up with a visit from Andrew Cardnegie and a pizza feast. Students had a lot of great suggestions for next year’s titles. CLP’s first 5th Grade Battle of the Books proved to be a huge success, and the committee will soon begin planning for 2019.