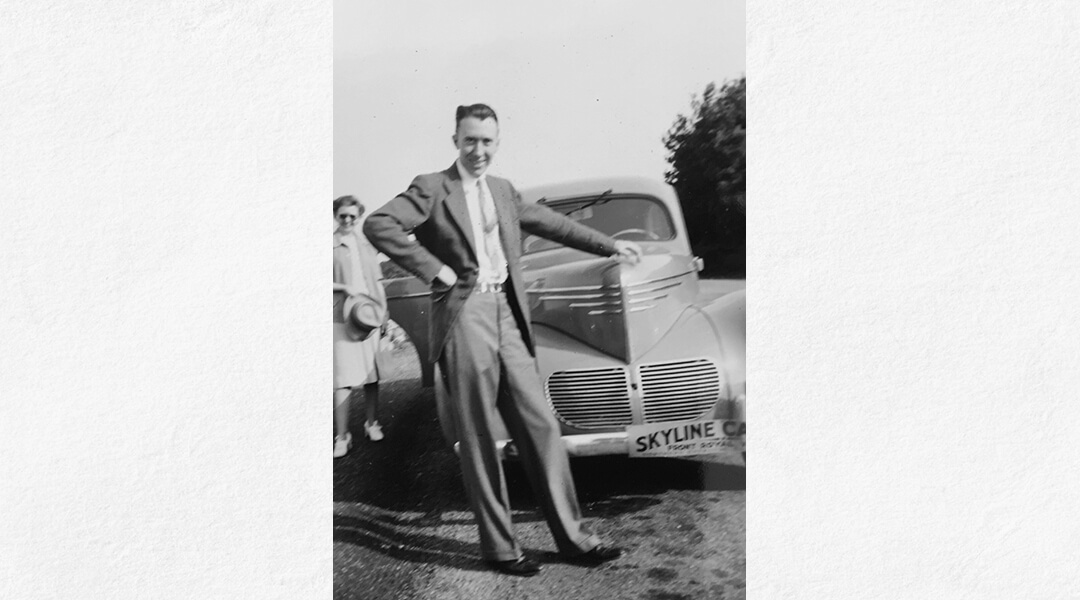 Your life and legacy are remarkable and they can change the lives of thousands of library users.

Can you guess which family has made one of the largest donations to support Carnegie Library of Pittsburgh since 1895?

A. The Mellons, financiers
B. The Fricks, business moguls
C. The Rockefellers, oil tycoons
D. The Goughs, lifelong library lovers

Robert and Winifred Gough grew up in Garfield between CLP – Lawrenceville and CLP – East Liberty’s original location on the corner of Station and Larimer Streets. Serving as an MP in the Army during World War II, Bob came home to Pittsburgh to become a salesman for stationary and office supplies. Meanwhile, his younger sister Winnie graduated from Peabody High, completed Miss Conley’s School and had a long career as a secretary for U.S. Steel. Avid readers, they lived together throughout their adult lives, filling their modest Westview home with books.

It turned out Bob also enjoyed dabbling in the stock market, and demonstrated a brilliant acumen for wise investments–like early purchases of IBM stock! After Bob died in 1989, Winifred established a charitable remainder trust to support family and friends and ultimately the Library, an institution that informed and inspired her and her brother throughout their lives.

Income from the Robert M. Gough Memorial Fund of The Pittsburgh Foundation (valued at more than $4 million) will support Carnegie Library of Pittsburgh in perpetuity, ensuring generation after generation of Pittsburghers will have access to the books, databases, technology and more that can shape their dreams and transform their lives.

Your life and your legacy are remarkable, and they can have an extraordinary impact on our community. Contact Anne Lee, Manager of Special Gifts and Planned Giving, at donors@carnegielibrary.org or 412.325.0056 to learn more about creating your Library legacy.

PHOTO: Siblings Winifred, background, and Bob Gough in the 1950s, courtesy of the Gough Family

Board of Trustees Endowment Match