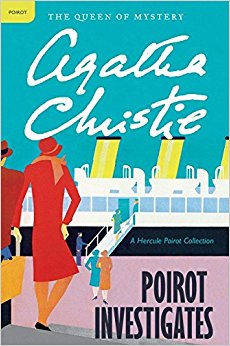 A few months ago, I wrote a staff pick article about Agatha Christie and my first dive into her Hercule Poirot series. Since then I have gobbled up a couple more books with a third close behind. I am still enthralled by the tiny detective and enjoy the narrator’s fluid ability to flip between French, English and American accents.

Poirot Investigates is a compilation of short stories featuring the mustached detective and his friend Captain Hastings. The two search for missing wills, stolen gems and investigate mysterious happenings at an Egyptian tomb. Agatha Christie is great at the tiny details needed for a mystery to be… well mysterious. I was unsure if she would be able to accomplish the same fantastical whodunits as she does in her long novels but no page length deters her from creating a great story.

The Mystery of the Blue train had a similarly complicated feel as her other train story Murder on the Orient Express, which I talked about in my previous post. Multiple characters with multiple possibilities that keep you guessing. What makes this book different is that Poirot doesn’t show up till about halfway through the book. The first half is the history of the characters and the infamous jewel that becomes a fixed point in the story. All the characters you meet in ‘Part One’ end up taking the same train, where Poirot enters, and have weird connections to each other. It was a great detour from Agatha Christie’s usual recipe for murder where the action and the detective show up in the first or second chapter. 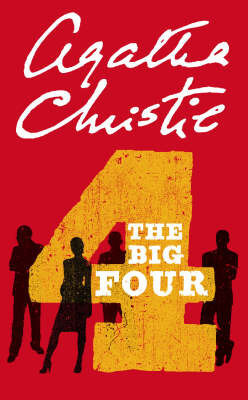 Taking a break from my stack of CD mixes from my college days, The Big Four currently sits in my car’s CD player. The Big Four is about, you guessed it, FOUR big time criminals buried in the heights of society. Poirot and Hastings have to use all the knowledge and cunning they have to take down these four while avoiding multiple threats and attempts to take them out. I am on the last disc and can tell you that I still have no clue what the end will entail. Agatha Christie still keeps me guessing towards the very end.

Once again I highly recommend trying Agatha Christie, she is just as cunning and mysterious as our small little mustached man.