I go through cycles with my reading. Sometimes I am all historical fiction, sometimes popular science, sometimes romance, but in the summer I start yearning for science fiction and fantasy. Maybe it’s the heat-soaked landscapes, or the fact that the summer months were typically when I could throw off the shackles of public education circa the ’90s and read books of my own choosing, meaning all science fiction all the time. Regardless of the reason, June, July and August is when I start hankering for some stories with strange characters and fantastical plot lines.

So far this summer I have managed to find a few books that have delivered just that, along with a few more waiting on my “to be read” pile. 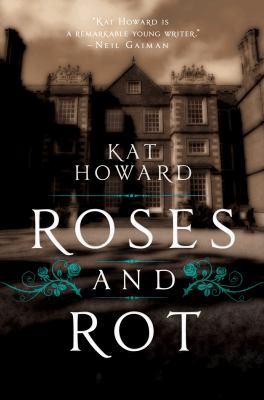 Roses and Rot by Kat Howard

Kat Howard’s book features sisters Imogen and Marin, who were bonded by the abuse they suffered at the hands of their mother as children. In adulthood the two women have managed some level of escape using their talents as artists. Imogen, a writer, and Marin, a dancer, have both gained acceptance to a highly competitive artistic residency program that will allow them to focus on their art. But what should be a time for bonding and artistic growth turns into something more sinister when both sisters find that their creative energy is being used to feed the fair folk, and that one of them will be offered up as a sacrifice.

I enjoyed the way the book is a re-telling of fairy tales that gives a more nuanced look at the idea of granting wishes and sacrificing love. What would you give to gain fame and fortune beyond your wildest dreams? Would you be willing to sacrifice yourself, would you be willing to step over your closest friends, your family, to get everything you ever wanted? 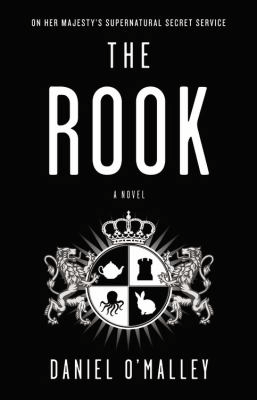 The Rook by Daniel O’Malley

In The Rook Myfanwy Thomas wakes up in a park, dripping wet, and surrounded by six bodies wearing latex gloves. She has no memory of who, or what, she is and only a series of letters from her former self to lead her. Given the choice to leave behind her former life and start fresh, or to jump back in and try to figure out who is trying to kill her, Myfanwy is resolved to leave her past, whatever it may be, behind…until she is attacked a second time in a bank vault and is able to protect herself simply by touching her attackers.

Who is Myfanwy Thomas? What is the Checquy? And why can Myfanwy control other people’s bodies with the mere touch of her hand? These are questions that Myfanwy finds herself facing as she assumes her old life, with the help of her old self, and tries to find the people who want her eliminated.

The Rook creates a whole universe of fantasy from the first page using letters from the original Myfanwy to the new Myfanwy. The tedious part of some fantasy books is the slow unveiling of the background structure that forms the magical parts of the plot, but O’Malley is able to speed up the whole process and introduce us to multiple layers, past and present. The Rook is a fast read and sets up an interesting story that is continued in Stiletto, which was released in June. 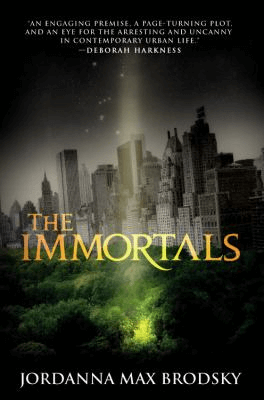 The Immortals by Jordanna Max Brodsky

Selene DiSilva is alone, and that’s the way she likes it. She doesn’t have friends, and she long ago stopped speaking to her family. But when she finds a body washed up on the shore showing signs of sacrificial killing, all her old hatred returns.

In The Immortals, Brodsky takes the story of the gods of Olympus and places them in modern day New York City, where their powers have faded away and their lives are starkly different. Selene was once Artemis, and nowadays she finds solace in protecting the innocent women and bringing vengeance on the men who harm them. Selene, the huntress, teams up with Classics Professor Theo Schultz in an attempt to understand what might be happening.

Brodsky’s re-imagining of the gods of Mount Olympus is fresh and interesting. The story she tells is both relatable and imaginative, with a mystery at its core and a little romance. The Immortals is the first in her new Olympus Bound series, with the next in the series, Winter of the Gods, coming out in February of 2017.

Check out our sci-fi collection!