Every year at this time, popular media will trot out its varying lists of the best Christmas films. On these lists there are films which aren’t technically about Christmas, but which Christmas is the setting; the day, days leading up to, and activities for, are the backdrop for the story. Something like Die Hard may come to mind, and there are even people whom say that the story of It’s a Wonderful Life isn’t really about Christmas if you think about it – a guy wanting to end it all…really? A Christmas film?

My entry for this sub-set of films is one of my favorites, and for good reason – classic Peter O’Toole.

1968’s Lion in Winter is the semi-fictional account of the personal and political turmoil faced by England’s king Henry II (O’Toole) during Christmas in the year 1183. His wife, Eleanor of Aquitaine (Katherine Hepburn, whom won the best actress Oscar for this role), is, by this time, more a political prisoner whom Henry can’t let go lest she conspire against him with their sons Richard (a young Anthony Hopkins), Geoffrey, and John for his throne. Throw in the King of France (an even younger Timothy Dalton) as a holiday guest, there to haggle over treaties and territory, and you have a perfect recipe for medieval mayhem. O’Toole as Henry sums up the situation fairly well in one scene: “Shall we hang the holly, or each other?”

Lion was one of eight best actor academy award nominations for Peter O’Toole, none of which he ever won. O’Toole’s life and career are profiled in a new book, Peter O’Toole: The Definitive Biography. In a famous line from My Favorite Year (1982), where O’Toole plays a self-referential, playboy actor, he exclaims “I’m not an actor,  I’m a movie star!”.

No Peter, you were both…and more. 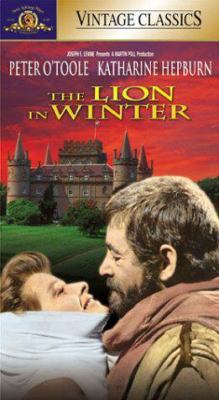 It is Christmas, 1183, and Henry II, King of England and ruler of half of France, holds his Christmas court at Chinon in his continental province of Anjou. His queen, Eleanor of Aquitaine, while technically his wife, is more his political prisoner. His three sons, Richard, Geoffrey and John, plot with (and against) each other, Eleanor, and the visiting King of France attempting to overthrow Henry and gain the throne for themselves. 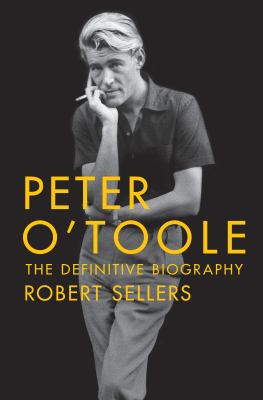 One of the most acclaimed film actors of the last 50 years, Peter O’Toole gained international fame playing the title role in 1962’s Lawrence of Arabia, but had been a recognized Shakespearean stage actor in England in the 1950’s. More starring turns came in the 60’s with Becket, Lion in Winter (playing King Henry II in both), and Goodbye Mr. Chips. Later years saw him receive critical praise for The Stunt Man (1980) and one of his eight best actor academy award nominations for My Favorite Year (1982). Lifelong friends with the likes of Richard Burton, his Becket co-star, and fellow Irishman Richard Harris, O’Toole, like Harris, was a player, student and even a coach of rugby and cricket. He lived a life of wine, women, and song in his youth marrying only once. While never winning any of the academy awards he was nominated for, he received an Academy Honor Award in 2002 for his entire body of work, but was even nominated again in 2006 for the film Venus. Peter O’Toole passed away on December 14, 2013 at age 81.